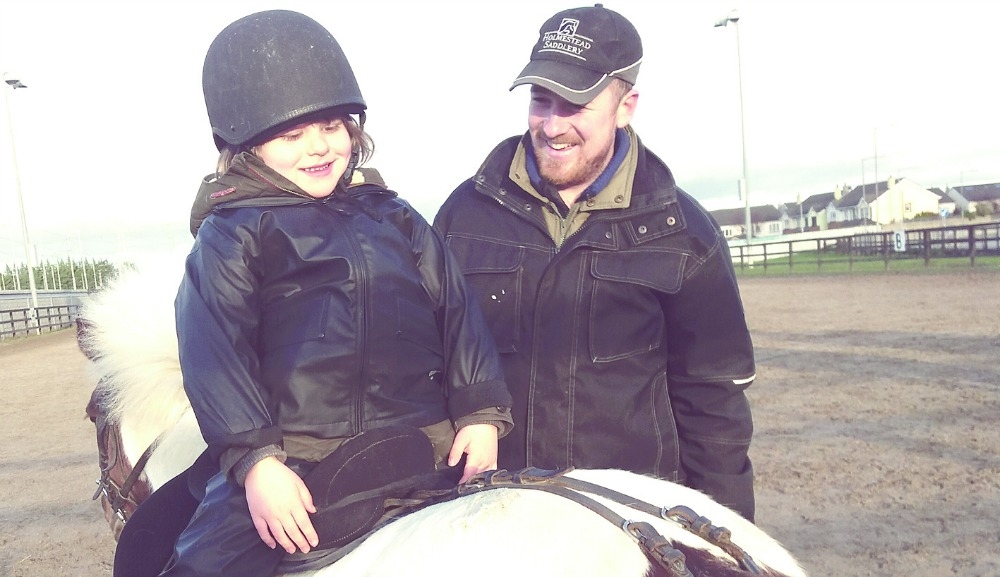 Plans for sensory trail boosted after mother and friends raise over €2,000

PLANS to develop a sensory trail at the Fettercairn Youth Horse Project for children on the autism spectrum has received a boost this week, after a Saggart mother and her friends raised more than €2,000 for the community facility.

Amanda Fox and 27 of her friends and family members recently took on the Women’s Mini Marathon in aid of the Fettercairn Youth Horse Project and the Lighthouse autism unit in St Mary’s national school in Saggart.

Amanda’s five-year-old son Luke was diagnosed with autism two years ago and has been attending the Lighthouse unit for the past year, which has prepared him for junior infants this September in St Mary’s.

He also attends the Fettercairn Horse Project once a week for one-to-one horse riding lessons. “Luke has very limited speech so is considered non-verbal,” Amanda told The Echo.

“It has been a really tough road since we were left waiting a year for Luke’s diagnosis.

“However, Luke is a very happy child and I am so grateful for the support we have received from local organisations such as the Lighthouse unit and the Fettercairn Horse Project.

“Social Circle has also been amazing [a parent-led, Tallaght-based voluntary group for children on the autism spectrum].”

She added: “We decided to do the mini-marathon for the Lighthouse unit and the horse project to raise funds and awareness of both services.

“There is a lot of support and knowledge locally from other parents who have children on the autism spectrum and talking with them has really helped me when I felt there was no one listening.”

After taking on the mini-marathon as Luke’s Ladies, the team raised more than €4,000 for their chosen causes – with money still coming in.

Amanda said: “The Lighthouse unit is amazing and the Fettercairn Horse Project has done so much for Luke and the staff are brilliant with him.

“The horse project wants to create a sensory trail for children with autism, which is a great idea that we want to support.”

Staff at the horse project told The Echo that they hope to develop a sensory trail on its land that would include different surfaces for the horse to be ridden across and various other elements for children to touch and interact with, such as little bird houses, along the route.

The horse project is currently investing in the cost and layout of a trail. For further information on horse riding lessons visit www.fyhp.ie or call the project on 4627214.

Alternatively visit the Social Circle Facebook page for various activities and events for children with autism and their families.