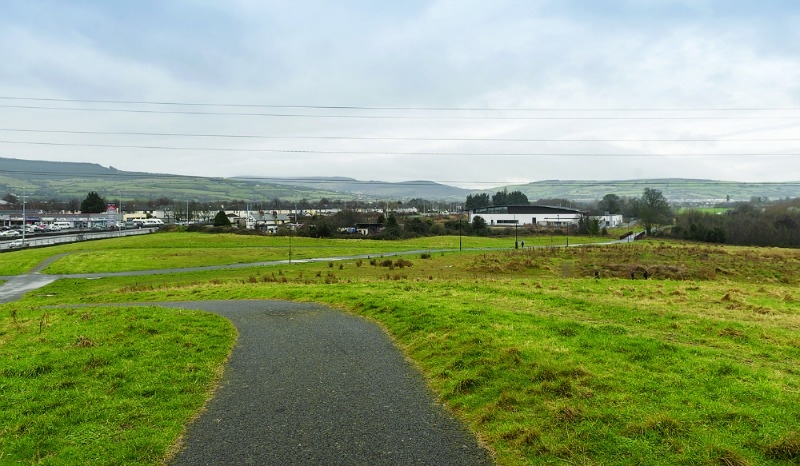 A PROPOSAL to develop a BMX track, an eight-lane grass athletic facility and a soccer pitch at Mount Carmel Park in Firhouse went to public consultation last week.

Details around the proposed development of the land, which runs alongside the Dodder, were uploaded onto South Dublin County Council’s public consultation portal on Thursday, June 22 – with members of the community encouraged to engage with the process.

According to the council, the proposed BMX track would be let by agreement and in consultation with BMX Ireland to a local bike club – with the design of the track currently undergoing further work to ensure it’s an “appropriately challenging course and fit for purpose”.

The 400m, eight-lane grass athletics track is designed to cater for the expansion of athletics clubs in the past ten years and will, according to the council, help improve the capacity of local clubs to compete at a higher level.

The proposed location for the athletics track is to the rear of Scoil Carmel national school, which will facilitate the use of the facility by pupils during school hours.

A grass soccer pitch is also part of the plans, alongside proposed shared changing room/club house facilities and the extension of the existing pathway system to maximise the use of the park – which is now connected to communities on the far side of the Dodder via the new red bridge.

A signed nature trail is also included in the proposal, which has been subjected to an Ecological Impact Assessment.

According to the council: “In order to protect as much as possible of the existing vegetation; the hedgerows will be protected and a portion of hedgerow that has deteriorated over the years will be reinstated.

“The areas identified as having significant high value grassland will also be protected and enhanced by the implementation of a specific grassland management regime.

“In addition the surrounding areas of the athletic track and the football pitch will not be reseeded and will be allowed to seed freely and will be maintained in accordance with best biodiversity practice.”

Encouraging local people to engage with the consultation stage, Fine Gael councillor Brian Lawlor told The Echo: “As part of this plan I am looking for a regional playground, like the one in Tymon, to be included in any development plans.

“There is a large number of families living close by, and with all of the homes planned up in Ballycullen, I believe that a regional playground should be considered with this plan – or with the Dodder Greenway Route Scheme.

”The Dodder Greenway Route Scheme, which runs through Bohernabreena, Old Bawn, Firhouse and into Rathfarnham, has also went to public consultation this week – with further details of this project available from www.sdcc.ie or https://consult.sdublincoco.ie for more.