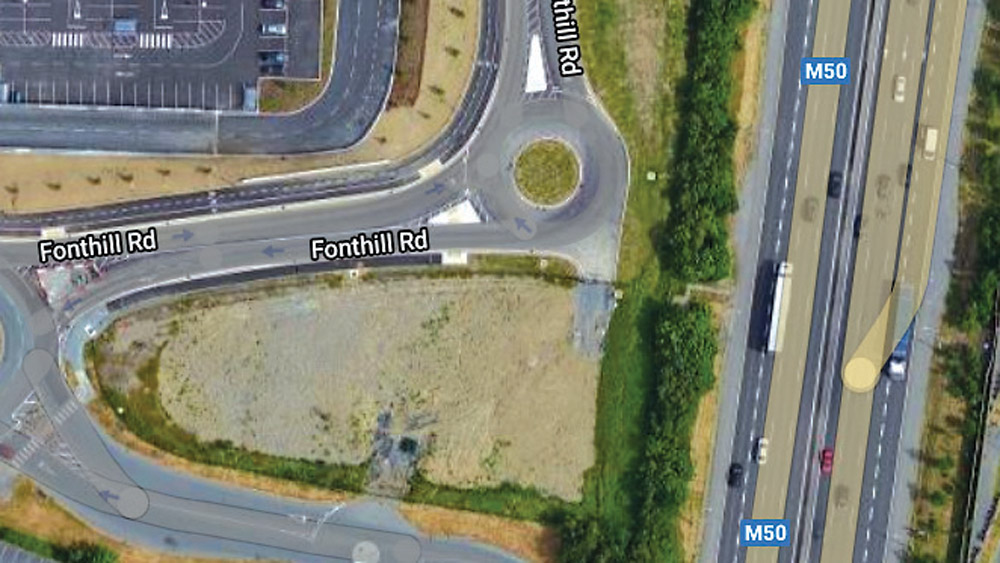 The site of the unnammed petrol station on the Fonthill Road

PLANS for an unmanned petrol station on the Fonthill Road in Clondalkin and adjacent to the M50 have been submitted to South Dublin County Council.

Provision of a canopy structure (covering c. 235sq.m and 6.2m in height) with associated signage is included in the plans.

Permission is being sought to widen the existing site entrance to the north-east of the site and create a new egress location onto the Fonthill Road along the northern boundary.

The new egress location will allow a one-way internal road network incorporating new pedestrian crossing over an existing footpath at site egress location, according to the applicant.

The construction of a single-storey services building structure comprising a car wash, plant room and comms room area forms part of the plans.

Parking provision will be in the form of four electric charging bays, and an air/water services area with two car parking spaces.

A decision on the application is due from South Dublin County Council by November 14.

In 2020, Certas Energy Ireland Limited, with an address in Drogheda, County Louth, received approval from the Competition and Consumer Protection Commission to acquire petrol stations owned by Tesco Ireland.