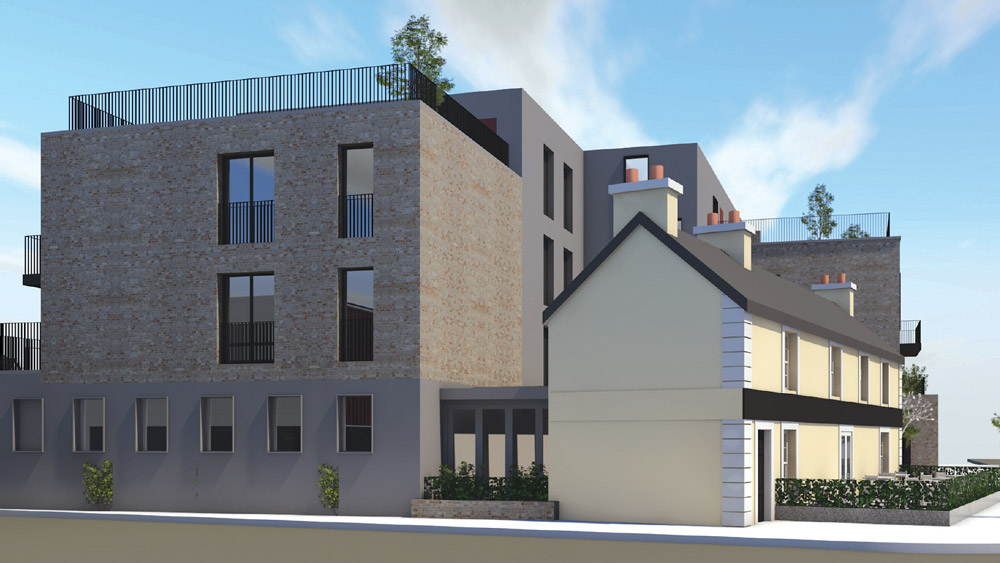 Developers of the Cuckoo’s Nest on the Greenhills Road have lodged plans this week with South Dublin County Council to develop the landmark pub.

Pub owner Brian Mulvaney lodged the plans which consist of the extension and renovation of the Cuckoo’s Nest public house and also retaining the original front of the building.

The planning notice, which includes the re-establishing of a public/gastro pub at ground and first floor level was erected on site.

The proposed development also consists of the construction of a three and four-storey building to the side and rear of the existing building which will accommodate public house use at ground floor along with retail/shop local use, also at ground floor.

People in the community driving past the famous pub will have noticed over the last three months that the old main back lounge was demolished along with Peadar’s Bar and the Taxi Cab office.

All that is left now is the shell of the Cuckoo’s Nest Pub house, which was bought by the Lynch Family in the 1960s and ceased trading in May 20, 2015.

The new developers, the Mulvaney Brothers Brian and Jimmy, from St Peter’s Crescent in Walkinstown, purchased the pub last July, for a sum believed to be in the region of €1.2 million from previous owner Michael Keogh who built the Temple Woods housing development on the site.

The developers also purchased units and the yard to the side of the betting office and Tallaght Theatre and this area will be used for extended car parking.

The Mulvaney Brothers, also own The Castle Pub in Rathfarnham village along with Molloy’s on Talbot Street and pubs in America.

Over two years ago, planning permission was granted by An Bord Pleanala for a cafe and first floor apartment in the original Cuckoo’s Nest building – and an extension to the existing building to accommodate 15 apartments.

An Bord Pleanala had approved a planning application for the demolition of the rear and side extensions of the existing Greenhills Road building.

The original front part of the building would be retained to accommodate a cafe at ground level and an apartment overhead at first floor.

The planning application lodged by Legendstand also sought the construction of a three and four-storey building to the side and rear of the existing building to house 18 apartments.

However, in granting permission, ABP ruled that three apartments were to be omitted and the resulting space incorporated into six apartments – to meet the standards for four-person, two bedroom apartments.

Passing the planning application subject to 21 conditions, ABP also ruled that the on-street parking spaces at the eastern side of the application site at Temple Woods be retained.