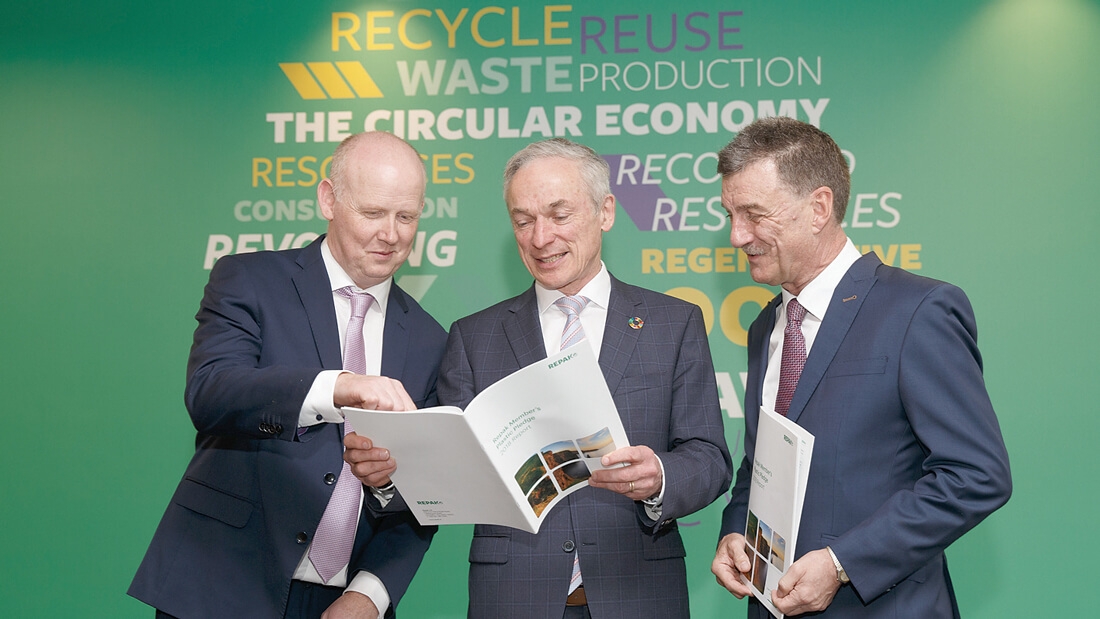 OVER 10,000 tonnes of plastic waste will be avoided this year thanks to Ballymount firm Repak’s plastic pledge initiative.

Up to 65 of their member companies have signed up to the pledge, which commits signatories to reducing plastic packaging waste and help Ireland increase packaging recycling rates.

On Friday, Minister for Communications, Climate Action and Environment, Richard Bruton welcomed the success of the Repak initiative, which will see over 10,600 tonnes of plastic packaging diverted from waste by the end of 2019.

The news is part of Repak’s first progress report on its pledge, which found businesses who signed up to the initiative reduced their plastic usage by an average of 11 per cent in 2018.

Repak say work is required in the coming years to reach plastic recycling targets of 55 per cent by 2030 as set by the European Commission.

The current target is 22.5 per cent and Ireland currently recycles 36 per cent of all plastics.

This will result in 10,600 less tonnes of plastic packaging going to waste in Ireland by the end of 2019.

CEO of Repak, Seamus Clancy said: “How we use and dispose of plastic has become one of the environmental challenges of our time and of principal concern to the future of Ireland’s standing as one of Europe’s top recycling nations.

“The tangible results from this report clearly show that societal concerns on how we use plastic and the effects it can have on our environment are sparking positive change in the mind-set of businesses in Ireland.”

Among the signatories to the pledge are Aldi, Britvic, Fyffes, Lidl, Ballygowan and Tesco Ireland.