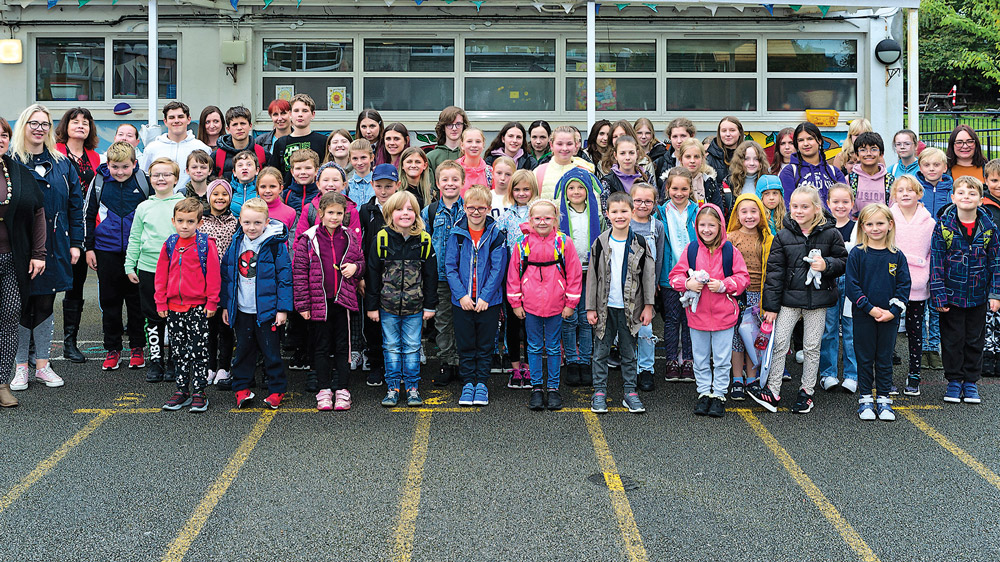 Students at the Polish School in Scoil Aine in Clondalkin

Polish school proves a big hit with children in Clondalkin

Mr Sala, who represents the Polish Embassy in Ireland, met with staff and students at the Polish school, which caters for 80 kids aged between 6-18.

Jola Lenkiewicz, who runs Akademia Mieszka i Dobrawy, believes it is possibly the only such Polish school in Ireland to offer its services on a weekday, with similar language schools mostly operating on the weekend.

The Polish school in Clondalkin takes place every Tuesday between 5pm to 9pm.

Speaking to The Echo, Ms Lenkiewicz said she has been operating a Polish complementary school in Ireland for 16 years, and it has been located in Clondalkin for the last seven years.

“We started at Scoil Aine in September. We were in Neilstown but moved because we are expanding. The school has four classes, most classes have over 20 students.

“It is an independent company. Some of the students go to Scoil Aine but a lot come from other areas, some from Meath and Kildare.”

While most of the kids are Polish, Ms Lenkiewicz said there is a mixed background for students of different nationalities, and one student is “pure Irish” but wanted to speak Polish because her friends speak it.

The Akademia helps to prepare students for Polish in the Leaving Cert, which was adopted into the Irish educational curriculum in 2004, after Poland joined the EU.

On his visit to the school, the Polish Consular met Marie Beattie, Principal of Scoil Naomh Aine, enjoyed a cup of tea and a chat, visited all of the Akademia classes and spoke to teachers and students.