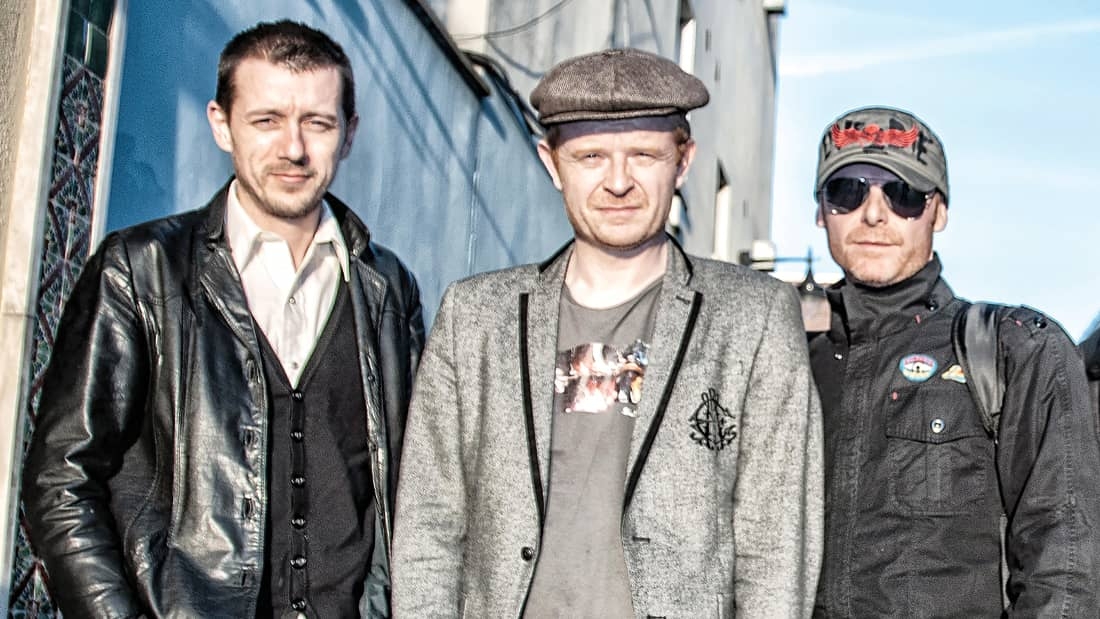 Thirty years ago, a group of four teenage musicians in a band called Power of Dreams released their seminal debut album ‘Immigrants, Emigrants and Me’.

The album received glowing reviews and has also featured in numerous best of lists, including ‘101 Irish Records You Must Hear Before You Die’, and the Walkinstown band went on to release six more albums, the most recent of which was a best of compilation that was released in 2010.

This month, the band released their first new material in 25 years in the form of two well received singles, ‘America’ and ‘Across the Shannon’, whetting appetites for the release of their new album ‘Ausländer’ later this year.

Frontman Craig Walker, who grew up in Greenpark and is a past pupil of Templeogue College, spoke to The Echo about what it was like to ink a major record deal when he was a teenager, how it feels to release a new album, and plans for a guest collaboration with Ronan Keating on the band’s new record.

You signed your first record deal as part of POD when you and your bandmates were all still in school, what was it like to get such an early taste of success in the midst of exams and your teenage years?

It was pretty mental when it all started to happen. I was taking days off from studying for my Leaving Cert to fly to London, and meet bosses of major labels who wanted to sign the band.

I loved going over, as I would come back with a suitcase full of new vinyl albums – gifts from the record labels who were trying to woo us.

When we signed in December 1989 to Polydor UK, our parents had to come over to sign for Mick and Keith as they were both still minors. I had just turned 18, so I was the grown-up one!

What do you think your teenage self would think now, looking back at all that you’ve achieved, and continue to achieve, as a musician?

It’s funny because, while doing this new POD album, I have been going back over the band’s history and relistening to the old albums.

I can definitely look back now with pride and respect for my younger self, and my brother and the band.

Looking back, I remembered that on most Friday or Saturday nights we would be practicing from age 15 onwards. We were super driven and determined to get better and be professionals.

My younger self would probably be happy that I have continued to make a living from music all these years later, and that I still love it.

You’ve had a storied music career since the release of ‘Immigrants, Emigrants and Me’ in 1990. What has been your best experience so far as part of POD?

Selling out the SFX Hall in Dublin in 1991 was a highlight for me. It was our hometown, and the venue was somewhere we went to and worshipped all the great bands we loved. It was a total youth adrenalin buzz at our gigs.

That one especially – I have a permanently damaged cuticle on my right thumb as a reminder.

I get to tell the story of thrashing my guitar so wildly at the end of the show, that a broken string lodged itself under my thumbnail and my cuticle and it never grew back properly. It’s cooler than a tattoo, I reckon!

Your two new singles, from the forthcoming album ‘Ausländer’, seem to deal with feeling out of place in your surroundings. Have the songs, and the album, been influenced by your time spent living abroad?

The title ‘Ausländer’ is a direct nod to our debut album title, ‘Immigrants, Emigrants and Me’. Ausländer is the German word for foreigner. I realised that in the 30 years since our debut album was released, I have lived 23 years of them as a foreigner. I had 13 years in London, a couple of years in Paris, then back to Dublin for seven years and I’m now living in Berlin for five years. The new album looks at the question of identity and displacement.

Does releasing a new album get easier with experience, or is it still quite a nail-biting, slightly anxiety-inducing experience each time?

It’s still a terrifying process. You can never be totally certain if what you’re doing is any good, until people hear it finished.

We are about 70 per cent of the way through finishing the new record, it’s sounding really good to us.

But I know when we finish it, I will sleep for a week and then start to worry about the release and how it will be received by people.

If the fans are happy with it, then it will be a success for us.

Ronan Keating will also be collaborating with you on a track on the new album, how did this come about?

Louis Walsh was our live promoter in Ireland back in the day, before he managed Boyzone. He told us a long time ago that Ronan was a big fan, but it was only recently when Ronan responded to tweets announcing the new album that we were put in touch.

He’s a genuine fan of the band and he has been very supportive of our return. I asked him if he was up for making an appearance on the album and he said he would love to.

He is a very down to earth Dubliner still, despite his enormous success.  I think we are going to do something really good together.

Do you have any plans to play live shows, once the pandemic has lessened?

Absolutely. We really want to play the album live when that becomes possible. We’ve got stuff in the pipeline for Ireland, the UK, Germany and others. We will be making show announcements very soon.