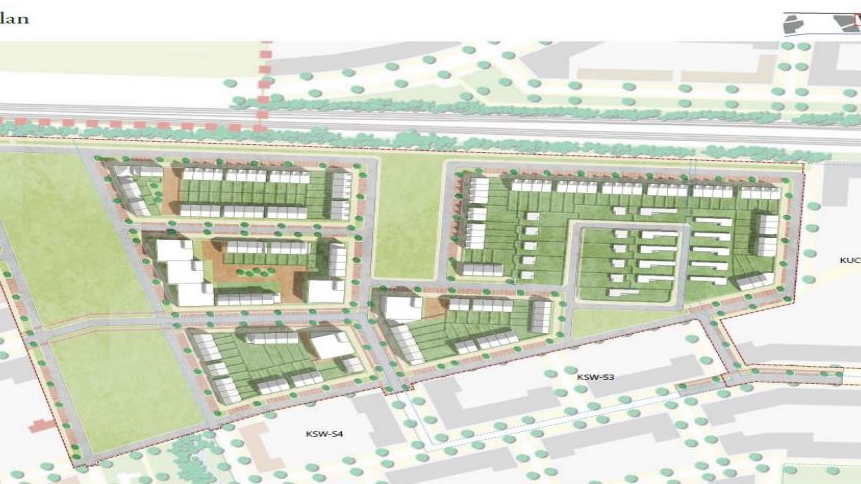 Drawings of the Clonburris development

A report by the council on Monday, stated the projected and indicative prices are based on current market value projections “which may fluctuate”.

“According to figures obtained by People Before Profit through Parliamentary Questions, the State can build three-bed homes for between €160,000 – €180,000. I would question how much profit the builder would be making on this scheme,” said Cllr Johansson.

“It is unclear how the current public health crisis will affect the economy over the next few years. Entering into an affordable housing scheme where prices are already unaffordable might end up a disaster for the council. The better alternative is to increase income limits for social housing.”

Cllr Timmons said: “Forecast is prices will drop around 7 per cent. I don’t think the council should be doing affordable rents. Our priority in regards to housing is those on very low incomes.”

According to the council’s report, it is “not sustainable to provide 274 social homes in one location and in one development.”

“It is also highly unlikely that such a proposal would not be approved for funding by DHPLG (Dept Housing) having regard for tenure variety and cost benefit analysis.”

The council believe 90 social homes in the development will provide an integrated and inclusive community while meeting some existing social housing need in the local area.

Within the Clonburris SDZ as a whole, which plans to deliver 11,000 new homes, there is capacity for 2,600 homes on council owned land.

The council say the development of lands in private ownership in the SDZ, will provide more than 800 additional social homes through Part V requirements.

Monthly market rents in the development area are estimated at a range between €1,100 for a one-bed apartment and €1,800 for three-bedroom home.

The council envisage affordable rent would be in the region of 20-30 per cent below market rents.

This development will come back to the council later in 2020 for public consultation.

The council hope to commence the project in mid-2021 followed by handover of the first homes in 2022.