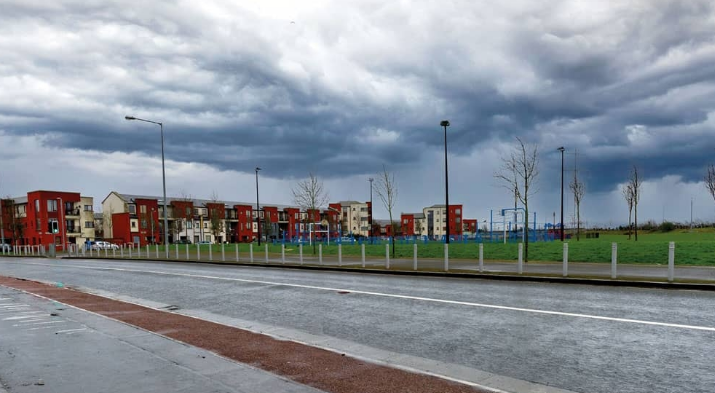 PROGRESS is being made by South Dublin County Council on housing and local community upgrades in Balgaddy estate, as one local councillor has called it a “turning point”.

Sinn Féin Councillor Derren Ó Bradaigh welcomed the new progress report, which was presented to councillors at a recent sitting of the local area committee for Lucan-Palmerstown/Fonthill and North Clondalkin.

Cllr Ó Brádaigh said: “The Balgaddy quarterly report has marked a turning point toward finally addressing and getting to grips with some of the long-needed repairs and upgrade works required across Balgaddy.

“The selection of Balgaddy for the ‘Better Block’ initiative is wonderful. This is an urban design non-profit project initiative that educates, equips, and empowers communities and their leaders to reshape and reactivate built environments to promote the growth of healthy and vibrant neighbourhoods.

“We were given updates on the progress in relation to communal area upgrades. Much of the current and planned works, such as painting, utility box replacements, communal door installations, glass repairs and shared space clean-ups come on the back of the combined councillors motion initiatives last year, that were aimed at helping to improve the everyday lives of residents and their children.”

Despite some delays, construction of a new community centre and 69 new homes is set to commence construction this year as well as new permeability routes connecting Tor an Rí and Meile an Rí to Thomas Omer Way, which will provide safe pedestrian access for local school children and commuters accessing bus routes nearby.

“These are all improvements that are long overdue but will now go some way to giving hope to Balgaddy residents that they are not being completely forgotten,” added Cllr Ó Brádaigh.

There is a planned two-day local Easter event on April 13 and 14 in the Child and Family Centre with an Easter egg hunt in the community garden afterwards.

There are also art classes for children and spring flower arrangement classes.

Speaking about the event, Cllr Ó Brádaigh commented: “Every project that brings people together and seeks to restore a sense of pride in the area in which people live and work is to be encouraged in my view, and I commend the council, their work crews and the local community groups and residents for their efforts in this regard.”