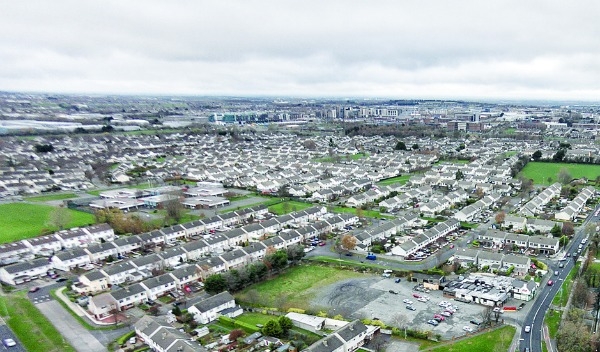 Project aims to spend €20 million on energy upgrades for homes

FUNDING of €20 million will be used to upgrade 1,000 homes in Tallaght and Walkinstown over the next three years as part of a pilot project which aims to combat energy poverty.

Announced this week, the scheme, which is being rolled out by the Department of Communications, Energy and Natural Resources, is called Warmth and Wellbeing – with the pilot project investigating the impact that improving the energy efficiency of a person’s home can have on their health and wellbeing.

In a circular to TDs and councillors, Minister Denis Naughten TD explained how the pilot scheme is part of a new Strategy to Combat Energy Poverty which, launched in February, outlines a number of measures that will be rolled out in the next three years.

He said that these measures aim to “protect some of Ireland’s most vulnerable citizens who are spending a disproportionate amount of their income to heat and power their homes”.

Minister Naughten added how a growing body of international research suggests that living in cold, damp homes can exacerbate acute medical conditions and be detrimental to general health, wellbeing and social inclusion.

The scheme, which is only being piloted in Tallaght and Walkinstown, is open to people over the age of 55 years, who have asthma or Chronic Obstructive Pulmonary Disease (COPD) – and whose household is in receipt of the fuel allowance.

The home must be owner-occupied or owned by the local authority, with eligibility for the scheme on a referral basis from healthcare professionals.

Dublin South West TD Colm Brophy said: “I strongly welcome this new initiative which will see a Warmth and Wellness pilot scheme introduced to enable energy efficiency works to be carried out free of charge.

“In my own constituency of Dublin South West I know that this will be of enormous benefit to vulnerable people in Tallaght.”
He added: “People who qualify for the scheme will have extensive energy efficiency works carried out on their homes free of charge.

“The upgrade works might include: attic and wall insulation, boiler and heating system replacement or indeed the installation of a heating system where none exists.

“Fine Gael in Government wants to ensure that our recovering economy will deliver a just and fair society for all, especially the most vulnerable people in our communities. This scheme is just one such example and I hope to see it expanded after the pilot phase, so that as many people as possible can avail of it.”

Delivered under the Healthy Ireland Initiative, the scheme is being run in partnership with Sustainable Energy Authority of Ireland (SEAI) and the HSE.

Anybody living in Tallaght or Walksinstown who fits the criteria for the scheme, and who needs their home upgraded to deliver a modern and efficient heating system, is invited to call 6783211.