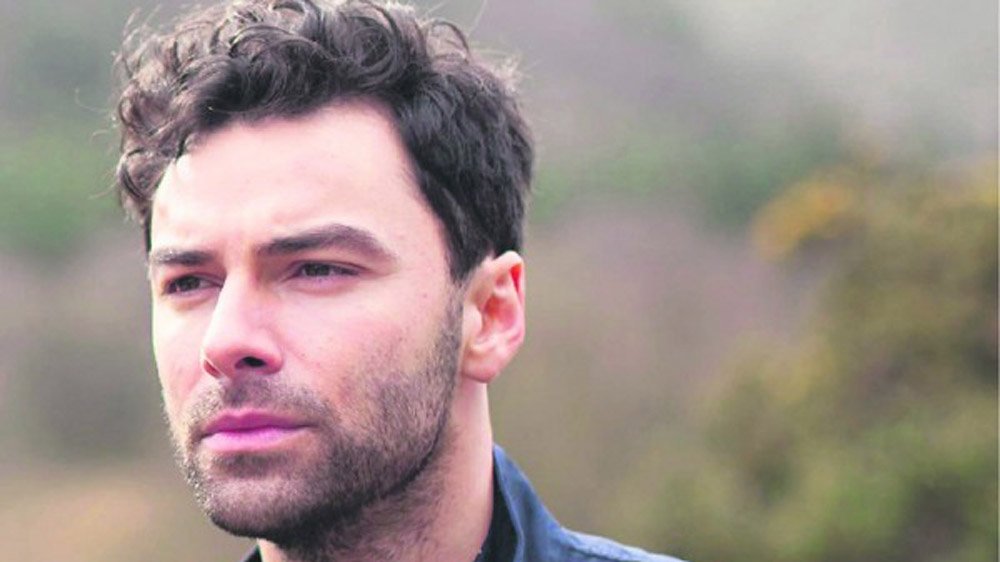 Race for 007 role: The name is Turner, Aidan Turner

Turner, who is best known for this performance in the BBC series Poldark, has long been mooted to be in the famous tuxedo.

“There is someone else playing the role at the moment, but when it’s free I’ll have a look at it,” the versatile actor said in a 2018 interview.

The odds of Turner taking on the career-defining role of James Bond, which has previously been played by acting luminaries Pierce Brosnan and Daniel Craig, were slashed by bookmakers William Hill last week.

Turner is a strong contender for the role as, according to William Hill, the odds of him gracing the silver screen as the fictional British Secret Service agent have gone from 22-1 to 13-2.

While there have been no confirmed reports on who will play the next James Bond, it’s clear to see that Turner’s career has gone from strength to strength over the years, whether he gets the coveted role or not.

Now aged 38, Turner’s breakthrough role was in 2009, when he played one of three supernatural housemates in BBC Three comedy ‘Being Human’.

Since then, Turner’s star has continued to ascend as a result of a number of impressive roles, from Kili in ‘The Hobbit’ to the leading role in hit BBC series ‘Poldark’.

The actor has spoken of the awkwardness of becoming an overnight ‘sex symbol’, something which 007 has long been held up as.

Turner’s first job in the film industry came about when he was 16, when he began working in the UCI Cinema in the Square Shopping Centre.

At this time, he also moved schools to Firhouse Community College – as that’s where his older brother went to school – but he was more fond of playing pool in Tallaght Village than putting in the hours in the classroom.

In a 2016 interview in The Irish Times, Turner remarked: “I probably wasn’t a great student.

“I had a car when I was 17, so I used to just run out of school when I could, jump in the car and go play pool in Tallaght.

“I don’t know how I knew, but I convinced myself that my [final exam] results were never going to matter to me.”

Closely following Aidan Turner as contender for 007 is German-Irish actor Michael Fassbender, tipped 7-1. Even though he denied ever wanting to play James Bond, according to GQ magazine.

Other Irish contenders are ‘Peaky Blinders’ frontman Cillian Murphy and ‘Belfast’ star Jamie Dornan, both who are priced at 12-1.

Jamie Dornan has a varied career in his arsenal, with roles in ‘Belfast and ‘The Tourist’. Meanwhile Cillian Murphy has notable Hollywood credits. This could make them both suitable to be the next 007.

‘The Umbrella Academy’s’ Robert Sheehan is tipped 50-1, who could bring cheeky charisma to the role.

Star Colin Farrell, who was tipped by Pierce Brosnan himself to take on the role, but the 51-year-old is priced at 1000-1 to become 007.

Current favourites for the next James Bond are Regé-Jean Page at 3-1 and Idris Elba and Henry Cavill, who are both priced at 5-1.