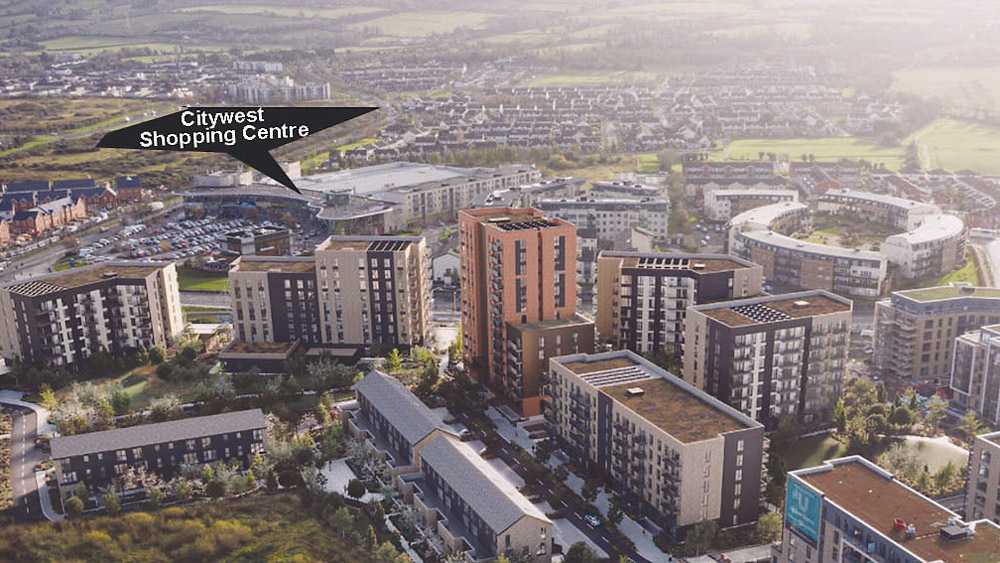 Reduction in height and number of units at Citywest development

CAIRN Homes has been granted permission for a reduction in the height and number of units in a permitted apartment block development in Cooldown Commons and Fortunestown, Citywest.

The housebuilder submitted an application to South Dublin County Council last May for the reduction of Block D of their permitted Strategic Housing Development (SHD) from 13 storeys to nine storeys.

In line with this, they also sought permission for a reduction in the number of units in the apartment block, from 60 units to 44 units.

Now that the plans have been approved by the council, Block D4 will have four one-beds, with no change from the original application, 34 two-beds, down from 46, and six three-beds, down from 10.

The council granted planning permission to Cairn Homes for the amendments on June 28.

The entire development site – which received planning permission from An Bord Pleanála last year – consists of nine apartment blocks, initially ranging in height from one- to 13-storeys.

The application also provides for two residential amenity areas, with the proposed development also providing public and communal open spaces throughout, including a public plaza adjoining the Fortunestown Luas stop.

Permission was also granted for the provision of vehicular, pedestrian and cyclist access to the site, including a pedestrian bridge to the public park, currently under construction to the east.

Parking provision for the development includes proposals for 287 car and 650 cycle parking spaces.

NEWER POSTLand issue dispute to cost council €1.35m
OLDER POSTSenior barrister who is accused of murder may face other charges