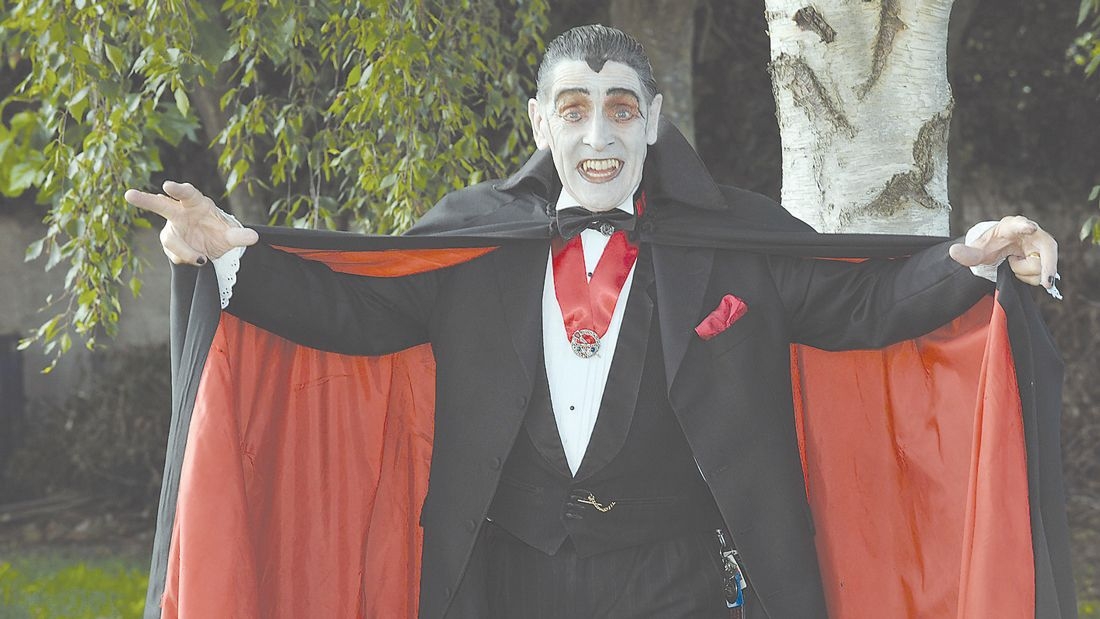 IT’S BEEN a year since Tallaght’s one-and-only charitable vampire Paddy Finlay, aka Paddy Drac, passed away, leaving a “big gap” in the lives of his family and the surrounding community.

Living in Bawnville with wife Breda, Paddy Finlay, who gave more than 50 years of his life to charitable causes, passed away on April 13, 2019 following a short illness.

Paddy Finlay, aka Paddy Drac passed away a year ago this week

Famous for taking part in the St Patrick’s Day parade in the city centre, Paddy always kept his feet firmly on the ground in Tallaght – where he regularly donned his cape in support of community and charity events.

During his funeral mass in St Dominic’s Church last April, Father Larry Collins spoke of Paddy’s “compassion, care and concern” for people, especially those who were vulnerable.

He also spoke of the 74-year-old’s immense love for his family and his great sense of humour and fun.

As Paddy’s first year anniversary approaches on April 13, The Echo spoke with his son Graham, who thanked the community for its support over the past 12 months.

“The stories that people shared over the past year have been great, the stories and goodwill have actually helped to make the past year easier, it’s much appreciated”, Graham said.

“The stories and pictures of my dad that people shared were definitely a positive through the year, everyone has been great including all of our neighbours.

“The family would like to say a big thank you to everyone.”

When asked how life without Paddy has been, Graham said: “It’s a lot quieter without him, he’s left a big gap.

“You’d miss him around, he was always up to something… especially at Halloween and Christmas.

“It’s tough on my daughter Ruby not seeing him… and the neighbours would notice him not around, he was always out in the front garden washing his car or having a chat.

“The family are missing him too, he was always out and about visiting people.

“He couldn’t sit still and was constantly dropping into someone for a cup of tea.”

He added:  “He’d be driven demented if he was stuck at home now [with the Covid-19 restrictions].

“He’d have had the house painted three times over.

“We used to say if you stood long enough in his house, you’d be painted.

“He was terrible for the painting, and the fact that he was colour blind didn’t help.”

The Echo had a chat with Graham about Paddy’s famous cape, and asked if anyone in the family is planning on stepping into Paddy’s shoes?

“No, [the cape] has not been passed down”, Graham laughed.

“I’ve carried enough coffins for him over the years.

In June of last year, Paddy was honoured through an artistic tribute that looks down on the Dodder towards his home in Bawnville.

The tribute to Paddy was painted at the entrance to Aylesbury as part of the Dublin Canvass project by Tallaght fireman Geoff Tracey.