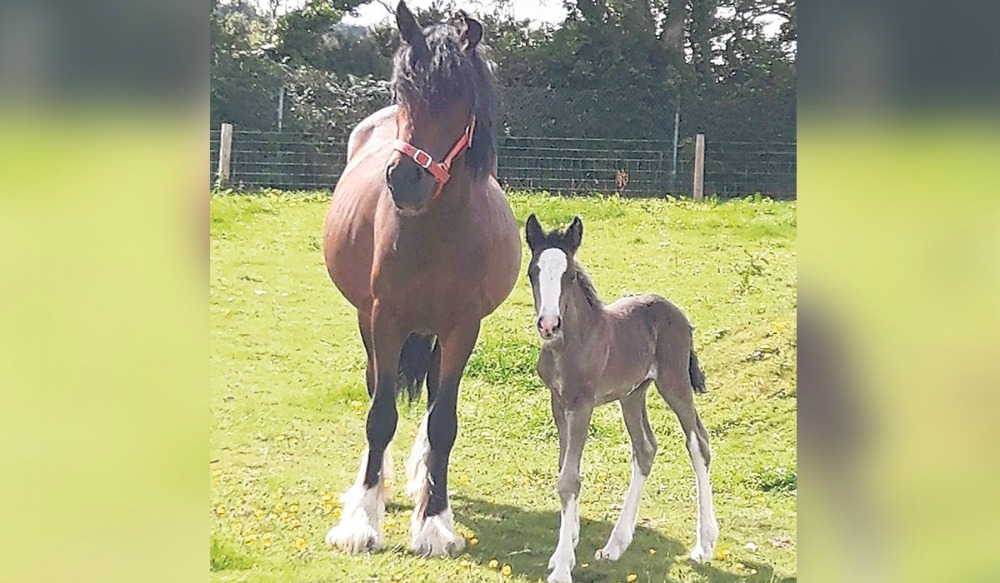 A horse left to die near the ‘killing fields’ off Fonthill Road in Clondalkin has recovered and given birth.

Rosy was callously left in an emaciated state on the side of the road near the Fonthill roundabout on June 12 by two men who removed her and another horse from a trailer.

A volunteer from My Lovely Horse Rescue was called to the scene, where she later notified gardai and DSPCA. The second horse was euthanised.

Video from the incident showed Rosy unable to stand or walk. Unbeknown to staff, she was pregnant. Having spent over a month in the care of the DSPCA, the once-frail Rosy has now given birth to a foal named Gracie.

Writing on Facebook, the DSCPA gave an update on Rosy’s health. They said: “Over the coming weeks, Rosy was gaining weight and looking much better when to everyone’s surprise, she gave birth to a beautiful foal.

“We asked the children on our summer camp to name the foal and they have called her Gracie.”

The DSPCA condemned the way in which the two horses were dumped but said they were grateful that Gracie “will never see or feel pain like that”.

The DSPCA said that they and the gardai were still dealing with an ongoing investigation into the incident.