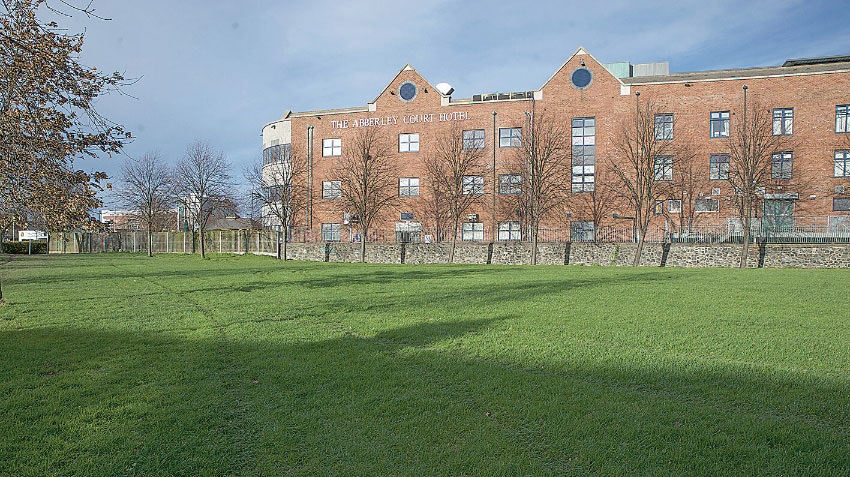 Residents afraid to use ‘link’ laneway

WESTPARK residents are “fearful” of using a de facto laneway that links the estate to Abberley Court at night, as groups of people have been congregating in the area as it is obscured by shrubbery and trees.

Brendan Ferron, a Sinn Féin councillor for Tallaght Central, said that the people who congregate in the area tend to drink and that this anti-social behaviour has occasionally spilled over into assault and robbery, leaving residents fearful of using the laneway at night.

The laneway that links estate to Abberley Court

The anti-social behaviour issues in this location have been ongoing for over a year, with Cllr Ferron having previously raised the issue with South Dublin County Council in October 2017, where he requested the removal of the shrubbery at this location to deter groups from congregating.

Cllr Ferron told The Echo: “It’s been going on for quite a while – people congregate at that corner late at night; there’s usually lots of empty cans and bottles left in the area [afterwards].

“Residents are fearful of walking through the laneway late at night because it’s closed off by the shrubbery and the trees.

“Occasionally people have been assaulted and mugged when they’ve been walking through.”

Residents want the shrubbery to be removed in order to deter groups from congregating there, and the fact that it would make the laneway viewable from Tallaght Garda Station would make residents feel safer using the shortcut.

Cllr Ferron raised the issue with the council in October 2017, who said that they would prune the shrubbery, however, that work was not carried out, leading Cllr Ferron to table the motion again at Monday’s monthly meeting of the Tallaght Area Committee.

In response to Cllr Ferron’s motion, the council made a commitment to prune the trees and shrubbery along the laneway “before the end of the year”, adding that the area will be monitored on an “ongoing basis”.

“There has been frustration from the residents that it has taken so long,” said Cllr Ferron. “But I’m happy that the council has made a commitment that the pruning will take place before the new year.”