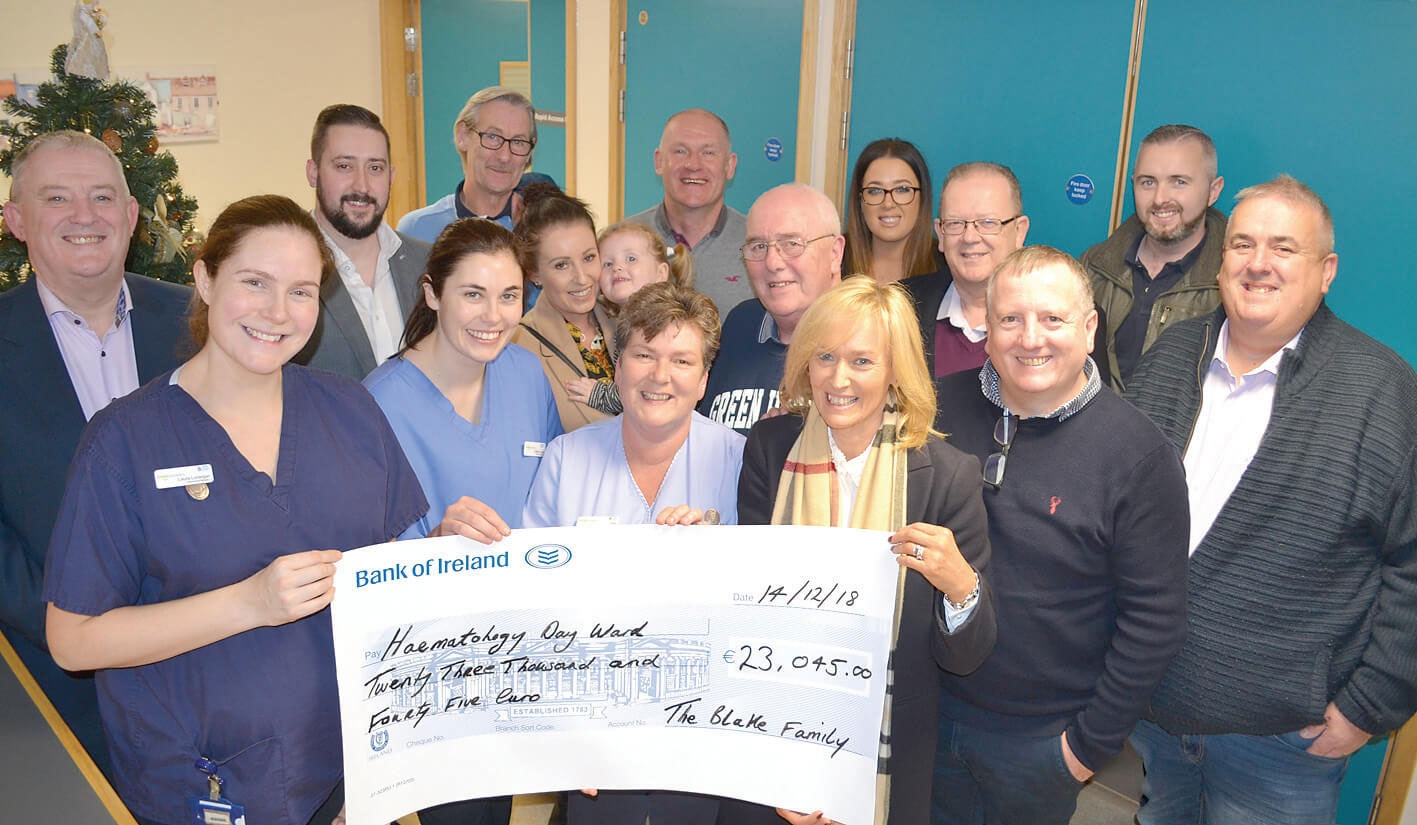 Over €23k raised by family for haemotology ward in hospital

OVER €23,000 was presented to Tallaght University Hospital’s haematology day ward on Friday by the family of Noel Blake, who was treated in the ward before he passed away in October 2016 at the age of 51.

Kingswood man Noel, who sadly passed away several months after he was diagnosed with lymphoma, was well known  as a long-time snooker player with Roadstone Snooker Club.

The devoted father-of-three said that when he got out of hospital he wanted to raise money for TUH’s haematology ward, but sadly it never came to pass, so his family decided to fundraise for the haematology day ward in memory of their beloved father and husband.

The Blake family held a fundraising night in memory of Noel in the Roadstone Group Sports Club on October 27 last year, where people donated generously to the cause and paid €10 a ticket for admission.

Noel’s wife Ellen told The Echo:  Noel would do anything for anyone.

“He played snooker and golf, and there were a lot of people who had a huge amount of respect for him, and him for them.

“Even when he was sick, he said he was going to do something for the hospital.”

The Blake family then decided to fundraise in Noel’s memory, and with the money they’ve raised a tea and coffee machine has been installed, the chemotherapy chairs have been reupholstered and there are TVs in the isolation units. The remaining money has been lodged for the manager of the ward to spend as she sees fit.

Ellen added: “We just wanted to make people in the ward a little more comfortable.”

Ellen extended her thanks to the rest of the Blake family, the Dunnes, the Ingles, the Merrigans, the O’Connors, the Carrolls, the Thomas’s, Jason and Ashling at Sitting Pretty Upholstery, Roadstone Social Club, the Village Inn, Delicious Café, Louis Copeland and Blake brothers’ suppliers.