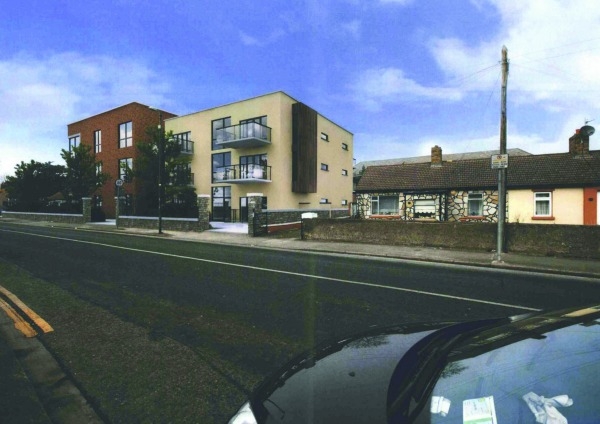 RESIDENTS have lodged an objection with An Bord Pleanála over a decision by Dublin City Council to grant permission for a development in Kylemore that includes the demolition of cottages over 100 years old.

Arcourt Ltd – which trades as the Sheldon Hotel – has received permission from the council to demolish four cottages on the Old Naas Road, and construct a three-storey development in two blocks comprising 23 aparthotel suites and six apartments.

The four cottages (11-14) are owned by the company and occupied on short-term lettings.

In March, The Echo reported how city planners underwent a dramatic U-turn – granting permission for the development, after Arcourt Ltd were refused permission to go ahead with a slightly bigger development in 2015.

Last year, An Bord Pleanála and Dublin City Council rejected plans by Arcourt for a four-storey development containing 33 apart-hotel suites – citing the “scale and height” of the project and “historical value” of cottages “dating from 1908”.

Residents of two cottages located beside the proposed demolition, lodged an objection with the Board – citing concerns that the “development will have an adverse effect on the visual amenity of the area.”

The residents’ submission also cited the “architectural significance” of the cottages, and slammed a lack of community consultation with the applicants “other than a site notice.”

They also submitted concerns that the development’s height will “overshadow” their homes, and impact traffic.

In granting permission for the development in March, city planners said the applicant “appears to have addressed concerns” of the roads traffic department.

Permission was granted, subject to a number of conditions, which include a fee of €213,000 to the planning authority, and that the apart-hotel and apartments shall operate as “constituent elements of the existing Sheldon Park Hotel, and not be separated or divided from the facility by means of sale, lease or otherwise.”

The Board is expected to make a decision on the appeal by August 2, 2016.