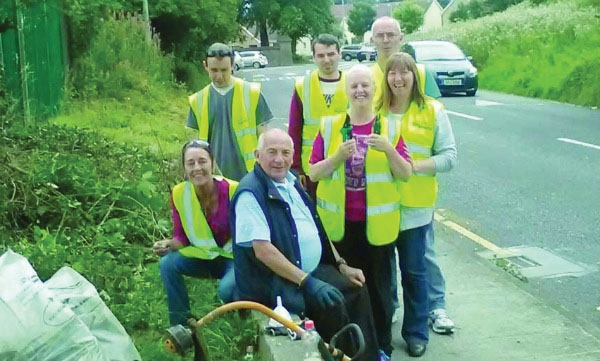 Residents cut back trees and bushes at rape horror scene

RESIDENTS from North Clondalkin Tidy Towns “took it upon themselves” to cut overgrown trees and bushes at the scene of a recent horror rape attack.

A mother was allegedly dragged off the road by three thugs and allegedly raped by one of the men on the Ninth Lock Road near the Neilstown Road junction, on August 4.

The incident sparked huge concerns in the community, according to Lorraine Hennessy, from the North Clondalkin Tidy Towns group.

Hennessy, a Workers Party representative, said: “There has been lots of attacks on women in the last year. People are fearful. We felt it was in the best interests of the community to clean the area.

“We didn’t think it would be a huge job, but it took four hours to fill 10 bags, and we still didn’t get everything we wanted cut. Some of the trees are too high, we only had a 6ft man with a trimmer. We exposed the pathways, which people rely on for access.”

Hennessy says the incident, which occurred not far from Ronanstown Garda Station, highlights the need for extra garda resources.

A man in his teens and another man in his early 20s were arrested after the attack, and questioned at Lucan Garda Station, before being released without charge.

Local sources fear the third man has fled and might be in hiding.

Gardaí continue to appeal for witnesses or anyone with information to contact them at Ronanstown Garda Station on 666 7700.