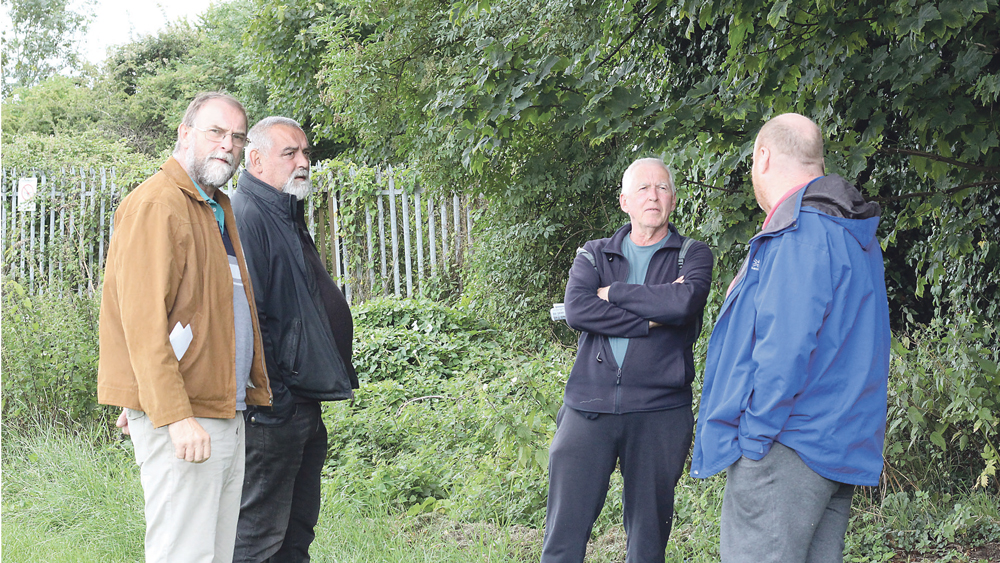 CLONDALKIN Oilmills is a hidden treasure at Corkagh Park – literally so, as it is becoming harder and harder to view it each year due to overgrowth.

The Mill harks back to the days of Clondalkin’s early agricultural past, when much of the land in the area was used for farming – the Oilmills itself a producer of various materials including linseed rape oils, bricks and linen.

Located near the Cherrywood entrance to the park, over the last 15 years, the uninhabited building has deteriorated structurally.

Overgrowth provided excellent cover for drug dealing, albeit that activity appears to have reduced somewhat recently, due in part to garda patrols and South Dublin County Council securing a barrier around the perimeter.

Fearing the loss of a valuable piece of history, efforts are taking place by a group of local people to try and preserve the site. 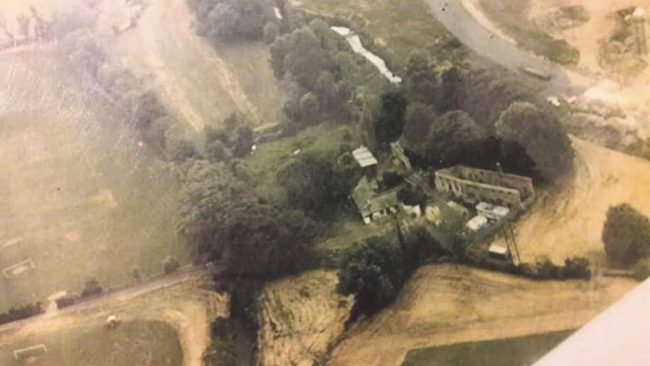 An aerial view of the Oldmill site

Cllr Francis Timmons (Ind) managed to get the preservation of the Mills, inserted as an objective of the new county development plan.

However, this objective – an “important reminder of the industrial heritage of the Clondalkin area” – has yet to be ratified.

Another member of the group is Tony Kavanagh, who was “born and reared” in the Mills.

His parents Mick and Kathleen moved there in 1954, raised their family at the Oilmills.

Mick passed away in the 1990s and Kathleen moved out around 2004, but Tony feels the family were pushed out by the council.

“The council were trying to get their hands on it for many years, and since the day they took possession, all they have done is neglect it,” laments Tony.

“Saplings have turned into trees, roots are causing damage, some of the archways won’t have proper support and there are openings to the walls. It will collapse if nothing is done soon.” 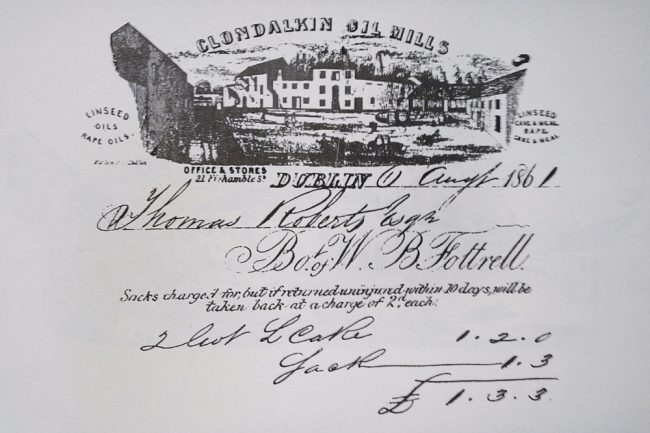 The deterioration of what was once a family home with happy memories, is a bitter pill for Tony to swallow.

“My father was a lorry driver and a part time farmer with a small herd of cattle, within the Oilmills vicinity. It was an important industrial feature of Clondalkin back then.

“Many people from Clondalkin have happy memories visiting the Mills, my mother would make them tea and friends from the village would enjoy late night parties.”

Now living in Kildare, Tony believes the council wanted ownership of the site to control all of Corkagh Park, and claims they made life hard for the family.

“They didn’t like to have to maintain our access, there were many heated arguments regarding the methods they used, such as taking down fences, which let cattle out onto the road.

“During Hurricane Charley (1986), the old stone bridge near the house was damaged, the council eventually built a narrow access much further downstream. When Cherrywood was being developed, the council allowed the builder to dump waste in a dried out pond and it was over-filled. What was once a depression, is now a raised area.” 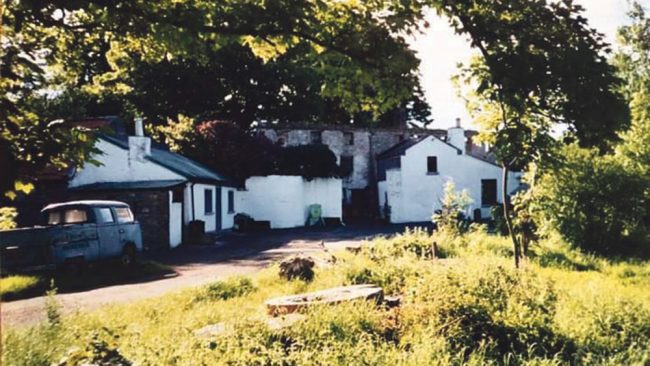 An old photo of the house

Tony recalls the hard work his parents conducted to build, repair and maintain the site.

“When I was a child, the walls were covered in ivy. My father had retired from Roadstone at this stage. He took it upon himself to get a ladder, a slashook, a carpenter saw and remove it. All of a sudden there was these outstanding brick features.

“He also found organic matter, rapeseed, used to make oil products. At the time there was a lot of interest in preservation and historical society meetings but time caught up with them.”

Tony says he was persuaded to reignite his interest by meeting local people and Cllr Timmons.

“One positive that has happened is the creation of the Facebook page Friends of Clondalkin Oil Mills,” said Tony.

“Only recently, I value the knowledge I have of the place. I’m probably the only person who can identify the source of granite wheels. In the 1980s, I uncovered large granite wheels there, used to power water from the Camac River. Fairview Commons was the area it covered.  Other granite wheels exist in parts of Dublin, which I would be able to identify.

“The council needs to take immediate remedial action before it collapses. Mark my words it will collapse.”