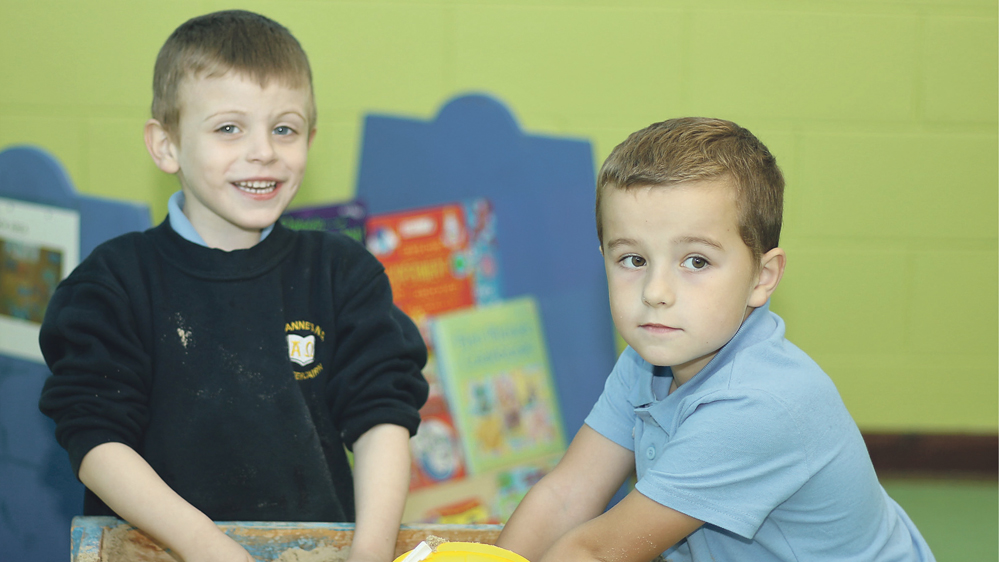 A NEW Autism Spectrum Disorder unit at a Tallaght primary school is set to greatly benefit students and give them a “whole new lease of life”.

St Anne’s Primary School in Fettercairn unveiled the new ASD unit, called ‘The Haven’ as they welcomed the students back to school last week.

Principal Ms Mary Cullen told The Echo that the school is “delighted” to open the unit after a long wait.

“We are very proud and excited about the ASD unit,” said Ms Cullen.

“Tremendous work went in over the summer months and we were delighted that we were ready to open on September 1.

“It is something that we had investigated about ten years ago and then there was just one obstacle after another, so it is just fantastic now that St Anne’s has realised the dream and we are starting a whole new chapter.”

The new ASD unit will give the students an opportunity to reach their potential in the mainstream curriculum while gaining additional supports in areas they may struggle with by offering a much lower teacher-to-student ratio.

Six children will be attending the unit, all of whom are from the local area and will have teacher Ms O’Brien and two SNAs staff the unit for the school year.

“It will be amazing for the children. Two of them in particular would never have benefited from mainstream school and the parents would have not enrolled them, so I don’t know what they would have done.

“Three of them were in mainstream with us but were really struggling and we knew in our hearts and souls that we did the best we could. They were amazing and so were their parents, but this is a whole new lease of life for them and gives them the opportunity to progress,” Ms Cullen explained.

Ms Cullen thanked the board of management and all of the staff at the school as well as the contractors PJ Duffy for getting the ASD unit ready for the student’s return to school.