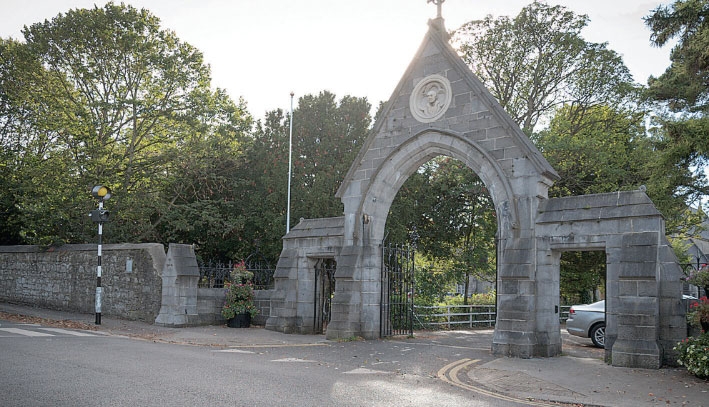 Up to 70 residents attended an emergency meeting in the Laurels Pub on Bank Holiday Monday night, opposed to proposals for a 155 bed nursing home at the historic Presentation Convent site in Clondalkin Village.

“There was a sense of urgency at the meeting because of the very short time frame for submissions imposed by the council,” said Ó Broin, a committee member of Clondalkin Tidy Towns.

Objections to the plans from residents and community groups cite the historic value of the convent and church (both protected structures), the scale and size of the proposed development, and potential impact to traffic.

Ó’Broin said locals who attended the meeting claimed that they had been using a walkway adjacent to Scoil Muire primary school route for decades, despite a declaration in the plans by the Presentation Sisters stating no right of way existed.

Mr Ó’Broin continued: “The meeting expressed little faith in the planning office of South Dublin Country Council and the consensus expressed was that the application would be going to An Bord Pleanála. Cllr Breeda Bonner concluded the meeting saying that the sleeping giant of Clondalkin had been reawakened and would go on to successfully fight this plan.”

According to Clondalkin Historical Society, who submitted a detailed submission in the plans, in 1855, Fr John Moore purchased a 12-acre site on New Road from the Caldweck family, who themselves initiated education of girls in the parish in 1809.

Fr Moore entrusted three acres to have a convent built, and the first nuns arrived from the Presentation Order in December 1857, with 210 kids registered the next day.