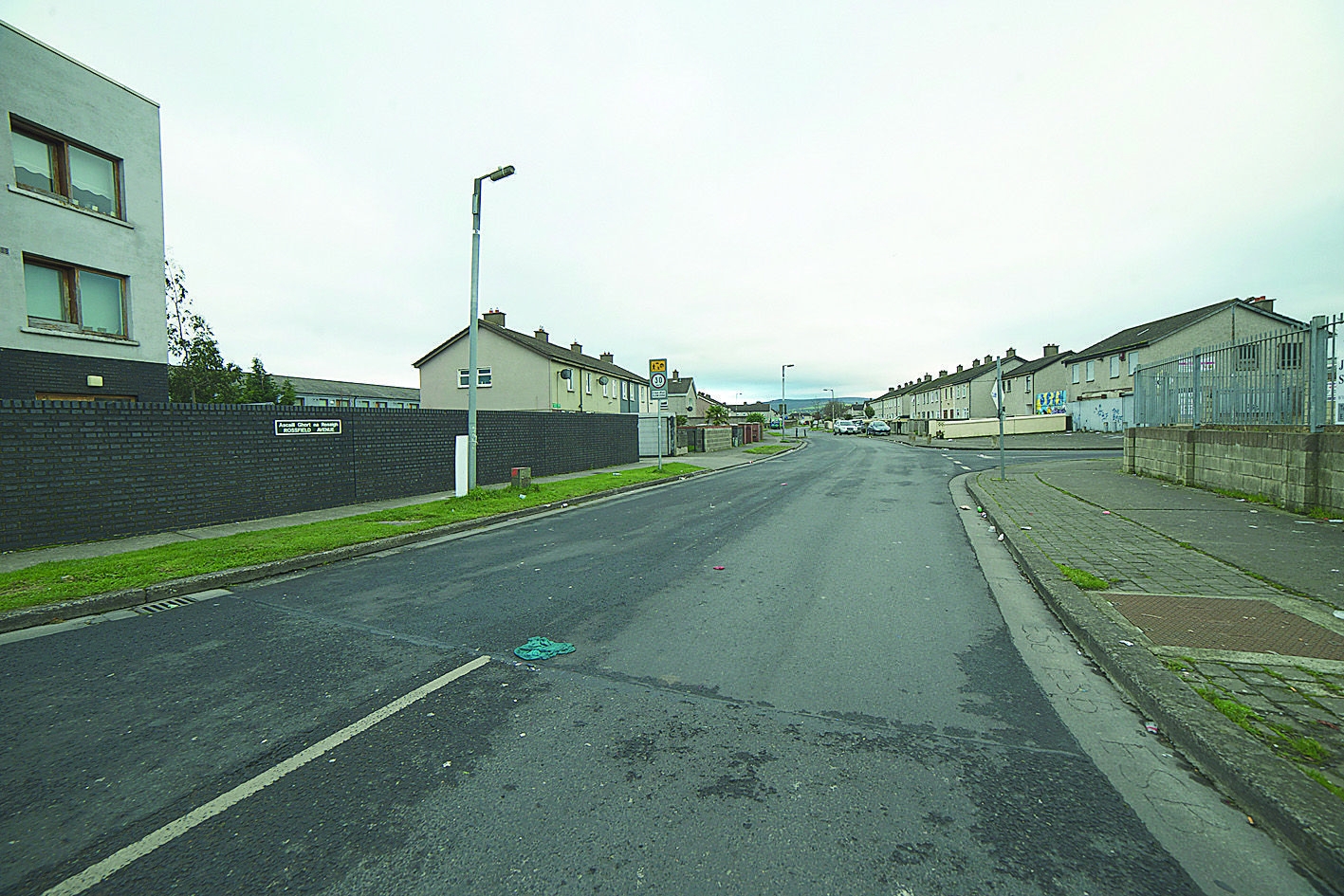 ROSSFIELD residents are “living in fear” as a result of ongoing issues with drug-dealing and anti-social behaviour in their area, according to a local councillor.

This follows the news that South Dublin County Council has spent nearly €21,000 over the past two years repairing and rebuilding vandalised walls and gates and erecting fencing in the Rossfield area.

The erection of a double entrance gate and a single pedestrian gate at 1 Rossfield Avenue totalled €1,419, while the erection of fencing at 40 and 61 Rossfield Park incurred a cost of €3,444.

“I think it’s shocking that people in the estate are terrorising their own neighbours.

“People are living in fear, they won’t let their children play outside because they’re afraid they’ll be hit by a stolen car.”

Cllr Dunne added: “It’s a small minority who are causing problems for everyone in the estate.”

Responding to a motion raised by Sinn Féin councillor Dermot Richardson at last month’s Tallaght Area Committee meeting, where the councillor asked about what action will be taken to tackle the anti-social behaviour issues in Rossfield, South Dublin County Council said: “The council are aware that the Gardai are dealing with a drug-dealing issue in the area.

“If successful prosecutions are obtained against members of council households in the courts then the council will be able to initiate actions under the Housing Miscellaneous Provisions Act 2014.”

The Echo contacted An Garda Siochana to ascertain what is being done in relation to the anti-social behaviour in Rossfield, however they did not respond at time of going to press.

At the same meeting, Cllr Dunne voiced her concerns about an apparent “no man’s land” located at the back of the houses between Brookview Court and Brookview Rise, as there have been ongoing issues with illegal dumping and anti-social behaviour on that strip of land for a number of years.

Cllr Dunne proposed in her motion that if the land is council-owned then the council’s chief executive should look into the possibility of clearing the litter from that land and then giving the land to NABCO, the housing cooperative which owns the houses that surround the strip of land.

“The land is between NABCO houses, so we’re trying to get the council to hand it over to NABCO so the residents can have control over the land.

“The illegal dumping is attracting rats, and it’s affecting the residents’ daily lives. When people are going to work they’re afraid of what they’ll come home to – it’s impacting on their quality of life.”

Cllr Dunne added that if the residents can get control of the land they can then extend their back gardens, thereby removing the vacant strip of land.

The council responded to Cllr Dunne stating that the land is under council ownership, and that the matter has been referred to the housing department for investigation.