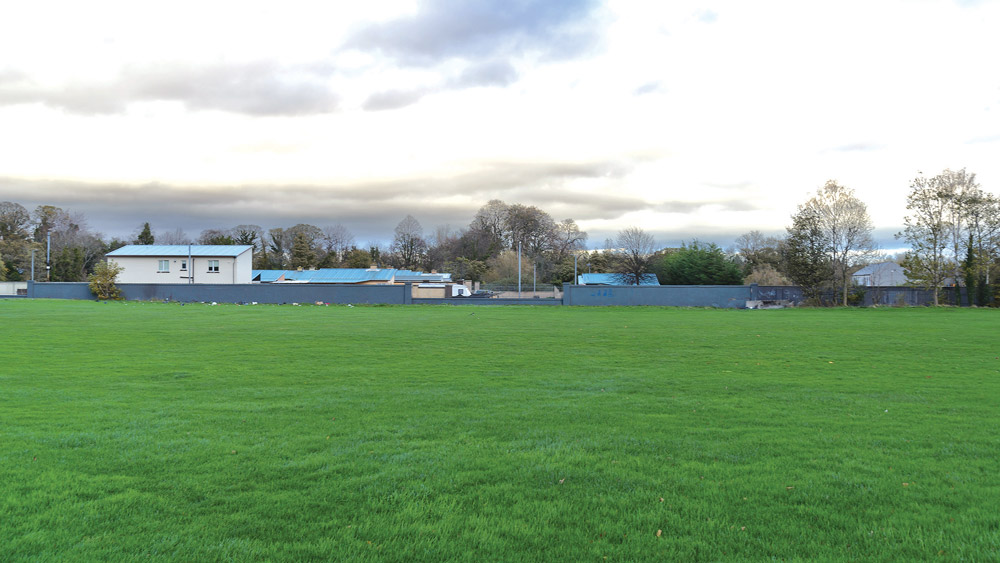 SOUTH Dublin County Council has carried out two clean-ups of the football pitch adjacent to the Cherryfield Halting Site in Knocklyon this year, to remove illegally dumped waste.

The topic of illegal dumping at the pitch was raised by Fianna Fáil councillor Deirdre O’Donovan at a recent area committee meeting.

Cllr O’Donovan asked for a clean-up to be carried out at the site and added that “local residents are very concerned about the amount of illegal dumping in the area”.

In response, the council confirmed that it had carried out two clean-ups in that location this year, and that it was trying to identify those responsible for the illegal dumping.

“The Traveller Accommodation Unit recently engaged a contractor to remove all rubbish from the pitch adjacent to Cherryfield Halting Site,” stated the council.

“This is the second cleansing operation completed by the council at this location in 2022.

“Staff from the Traveller Accommodation Unit are working with the council’s waste enforcement officer, the local Traveller development group and residents from Cherryfield Way to try and identify those responsible for this illegal dumping and take appropriate action where necessary.”

Illegal dumping has been a persistent issue at this location for several years, costing the council thousands of euro in removal costs.

As reported in The Echo last year, €17,500 had been spent on clean-ups of the outside perimeter of the Cherryfield Halting Site over 2020 and 2021.

Speaking last year, Independent councillor Alan Edge, who raised the issue at an area committee meeting in 2021, said: “It is an ongoing problem countywide, and I would not single out Cherryfield.

“I am not saying this is related necessarily to Cherryfield, but there is a problem with unlicensed people collecting waste and dumping it and that does seem to be a factor.

“We really need the public to be aware that they should under no account give their waste to somebody who isn’t  licensed, I think that is the real issue.”