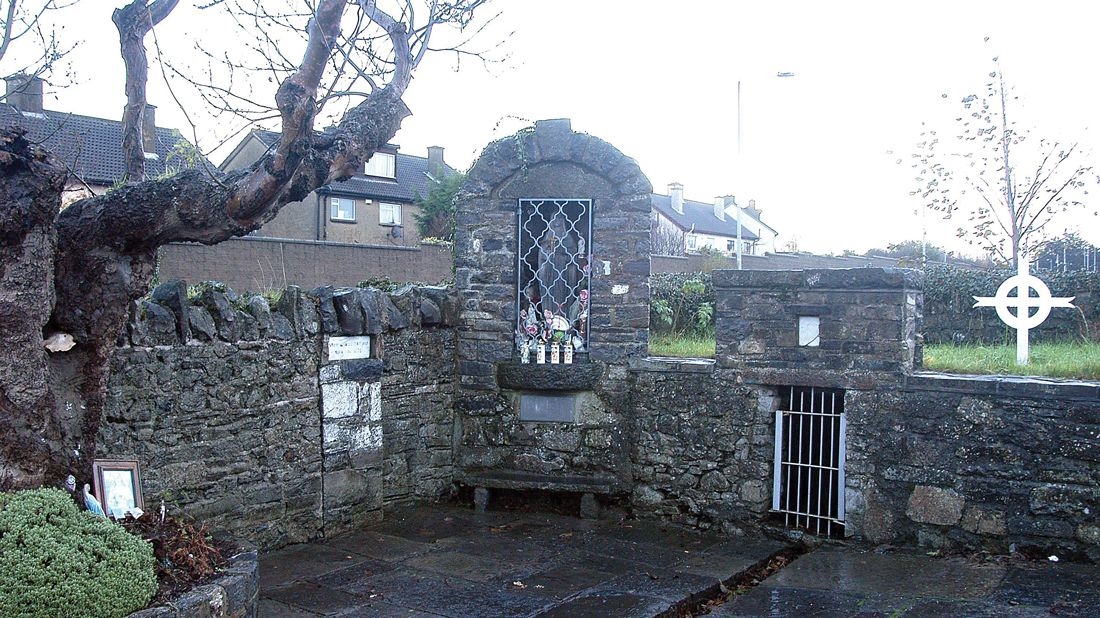 Holy wells have a long tradition in Ireland, not just as religious sites but as important pieces of Irish folklore.

It is estimated that there are approximately 3,000 holy wells around Ireland. These sites can vary from being natural spring wells to sites with decorated stone monuments.

Although many holy wells are religiously connected to certain saints, their strong connection with folklore lies with the beliefs surrounding them.

Many holy wells are believed to have some sort of healing or curing powers, with their waters viewed as being very powerful.

According to the historian Gary Brannigan, the use of water from a holy well for domestic purposes has traditionally been strictly forbidden with consequences including the drying up of the well and injury or death for the person who has committed the act.

These sacred sites often have individual beliefs or stories associated with them, depending on where they are located.

There are many holy wells located in South County Dublin associated with different saints, origin stories and healing powers.

Located on the Ballycullen Road, St Colmcille’s Well is one of the best-known wells in the local area. It is believed that while travelling around Ireland, St Colmcille stopped at the well to get a drink of water, and subsequently blessed it. Beside the sacred site lay a large granite rock with a marked impression of the saints’ knees where he had knelt to take a drink.

Visitors to St Colmcille’s Well have been known to engage with the beliefs of the well in different ways.

Some drink water from the well, others leave medals nailed into the tree beside it as offerings. Others leave rags at the well which can later be used to provide cures for problems relating to eyes, ears or throats.

According to an interview carried out in 1934 with a local resident by the name of J Murray, St Colmcille’s Well was little known until 25 years previous when a local man from Ballyboden, who was passing on his way to Orlagh College, was asked by a woman if he could get some of the blessed water from the well for her.

According to the interview, the man was unaware of the well up until then and erected a small board on the bush over the well asking visitors for the prayers of St Colmcille.

According to this account, the well was later brought under the notice of the Reverend Father Hughes who erected the railing, bridge and rockery around the site.

Like many other wells around Ireland, St Colmcille’s Well on the Ballycullen Road is associated with being able to cure a sore throat or sore eyes.

Another account of the well from the National Folklore Collection suggests that the water from the well cannot be boiled.

Other than St Colmcille’s Well, there are a number of other holy well sites located across South County Dublin. Tobar na Cluar, also known as the Ear Well, located near Crooksling, was known for curing both earaches and headaches.

Jumping from one place to another, St Brigid’s Well in Clondalkin is also believed to have curative powers for eye problems, especially for young girls. Visitors to the well would dip a rag in the water and use it to wipe their face.

The same rag would then be hung on the nearby tree and the patient would then say prayers for a number of days.

The well is said to have gotten its association with St Brigid after she visited the site in Clondalkin and used it to baptise pagans.

As belief in Christianity has dwindled and medicine has become more reliable, people’s belief in holy wells and their use of them has become weaker.

This was noted by William Domville Handcock in his 1899 book The History and Antiquities of Tallaght, with the author mentioning “there are very few who would not prefer a pint of porter to a drink of the holiest well in the country”.