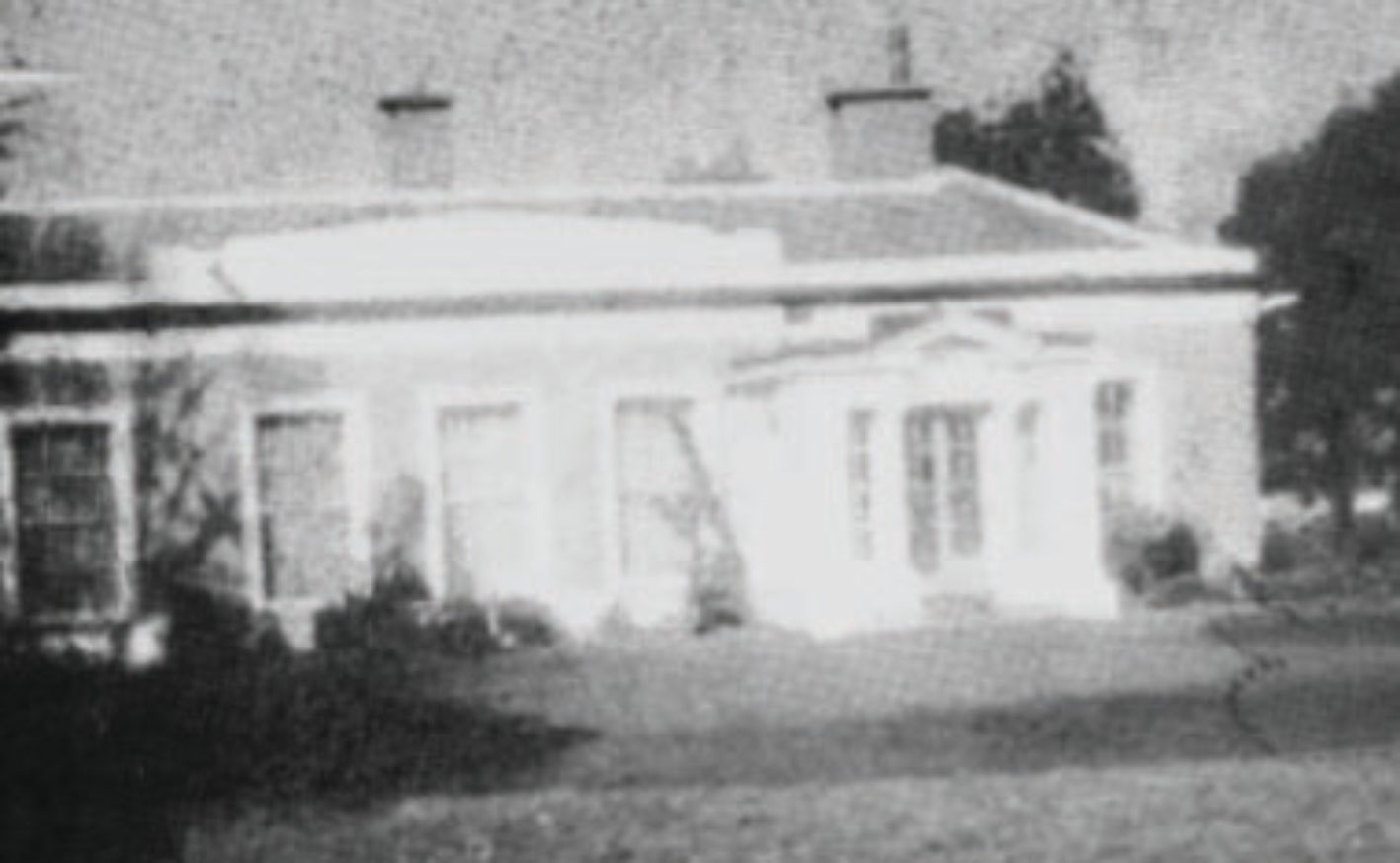 This week we are hopping on a 66 bus to the Lucan Road/N4, then we will walk through the Liffey Valley Shopping Centre to Fonthill Road where we will get on a 76 bus.

We will get off at Orchard Road in Clondalkin Village, turn right down Main Street and take a left onto Convent Road where we will arrive at this weeks location, Moyle Park House – on the gorunds of Moyle Park College.

Former home  of the Calbeck family

It is reckoned the house was built in 1782 by the wealthy Caldbeck family, and William was the first owner of the sizable dwelling.

He was an architect designing bank branches and other small commercial premises all over Ireland.

He essentially was on a retainer with The National Bank who commissioned him to design any new branches they planned to open.

Only a few years previously the Grand Canal opened up to traffic and this proved to be a boom for the area that is now known as Dublin 22.

One of the more interesting and notable buildings he designed was The Church of the Immaculate Conception & St. Killian in Clondalkin village.

Up to that point there was only one church in the area, St. John’s Church of Ireland which still operates to this day on what is now known as Tower Road.

The house owned by the Marist Brothers in more recent years

The later church was donated by the Caldbeck family to the people of the newly created Roman Catholic parish district upon completion in 1862.

The church was built in the Gothic style which was all the rage at the time, and it features beautiful stained-glass windows created by the noted artist William Early.

He had a workshop on Camden Street which he set up after spending some time in England being tutored by the renowned AWN Pugin who was seen as the mastermind behind the Gothic Revival in the British Isles.

William also had a very profitable sideline as a Barrister, and the two jobs enabled him to earn enough money to build such a big dwelling.

As you know Dublin and surrounding areas were a hive of insurrectionist activity at this time, as people opposed to British rule in Ireland launch guerrilla attacks against the colonial state apparatus on this island.

One of the more interesting buildings built along the bid house was a gunpowder mill, these were a relatively common occurrence on this island at the time, as people of powerful disposition built them to hand over the amunitions to the local soldiers barracks as an act of fealty to the Monarch of the day.

A lot of British regular army troops had been taken from here to go and fight in what ultimately was to become known as the War of Independence, so many of the wealthy landowners signed up to be part of an “Irish Volunteer Force” which essentially was committing their workers and tenants to fight in defence of the crown if the Spanish or French were to once more try to reach these shores.

These mills were located where the Mill Shopping centre and the adjoining McDonalds are today.

In 1787 there was a massive explosion at the gunpowder depot and it is said noise could be ‘heard as far away as Dublin city centre’.

A Freeman’s journal report on the fire stated amongst other things, that a large quantity of fish were found dead in the nearby canal, and a fox that had been placed in a kennel on Belgard Hill had got such a fright that he broke the chains and kept running until he came to the side of the canal in Clondalkin, whereupon some boatmen took care of him.

Local legend also has it that Margaret Donovan ‘a respected milk-maid from the east end of Clondalkin’ was cured of her rheumatism and that a tooth which had caused her no end of pain popped out.

Not to be outdone, it was also claimed that her eldest son who was deaf and unable to speak at once roared out “Oh Mother is that the Napper Tandy?”

The remarkable thing was that while buildings in the direction of Ballyfermot were damaged, such as the direction of the gale that blew that night, Moyle Park House itself emerged largely unscathed as a result of the massive explosion.

Despite the very real danger of another massive explosion occurring if they were to rebuild such a premises, the Caldbeck’s wasted no time in doing just that.

Given the amount of wars the British Forces had been engaged in, the high price of gunpowder made its production a very profitable business and this obviously was far more important than any health and safety concerns.

The house and lands are now the site for Moyle Park College, which had a big celebration two years ago when it turned 60, and it has retained the close affinity with the Marist Brothers, who are the chaplains of the school.

The Caldbecks were known for their acts of Philanthropy, and the sixth year students who walk out it’s doors for the last time to a bright future as a result of the excellent education they received in that educational establishment, can thank William Caldbeck and his family for essentially being the catalyst that lead to the school being built.