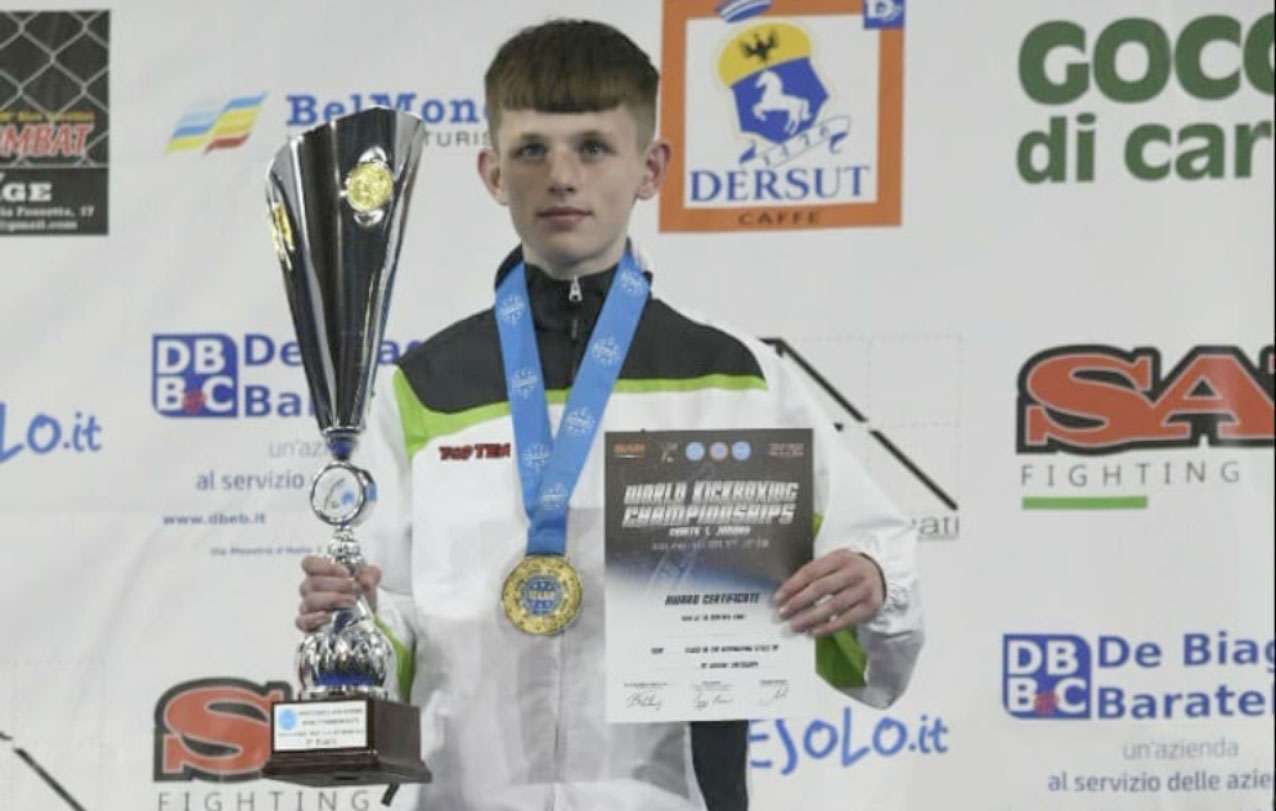 Competing in the 51kg division under the guidance of Kickboxing Ireland Team full contact coaches Joe Hagan and Nicolaus Duffy, he beat Youcef Dorbi from Algeria in the semi finals and set up a decider against Aleksey Malyshev from Russia.

The Tallaght lad took the lead in the first round and held it until the end to bring home the world title.

He is a four-time WMO World Champion and, last year, took bronze at the WAKO Irish Open -54kg  and won the WAKO Irish National Champion-ship at -51kg.

He fought alongside his teammate from KKC Amy Wall who also scooped gold in the -60kg division after beating Turkish and Russian opposition.