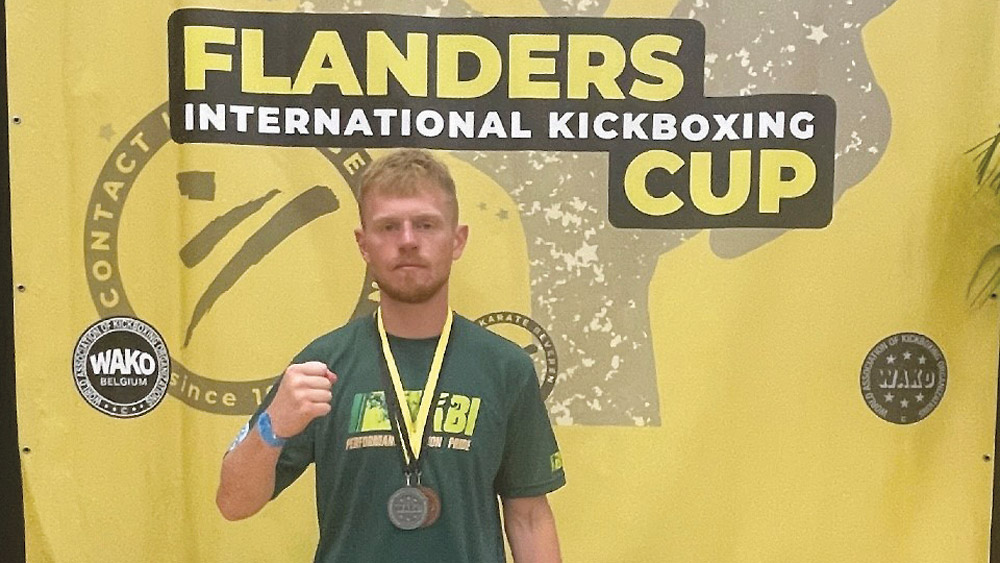 Lining out in the -69kg Kick Light division, the Ljays Elite Martial Arts coach, surmounted the challenge of Germany’s Luca Meissner in the semi finals, winning each round with a strong technical performance to set up a title decider against Remo Mathieu from Switzerland.

Both fighters served up a strong technical performance round-for-round in the final, with Mathieu edging the tie.

In the -69kg Light Contact class, Riddell faced another German, Niklas Walter in the last eight and prevailed following another impressive technical display.

That victory propelled him to the semi-finals where he came undone against Eric Zimmermann of Austria and had to settle for bronze.

This return will provide a timely boost for Riddell who will soon be turning his attention to the Bristol Open in October and then the European Championships in Turkey to which he will be travelling with his brother Zak the following month.

Another of the Riddell brothers, Josh was due to line out at the WAKO World Junior Championships in Italy in three week’s time, but has been ruled out of that through injury.