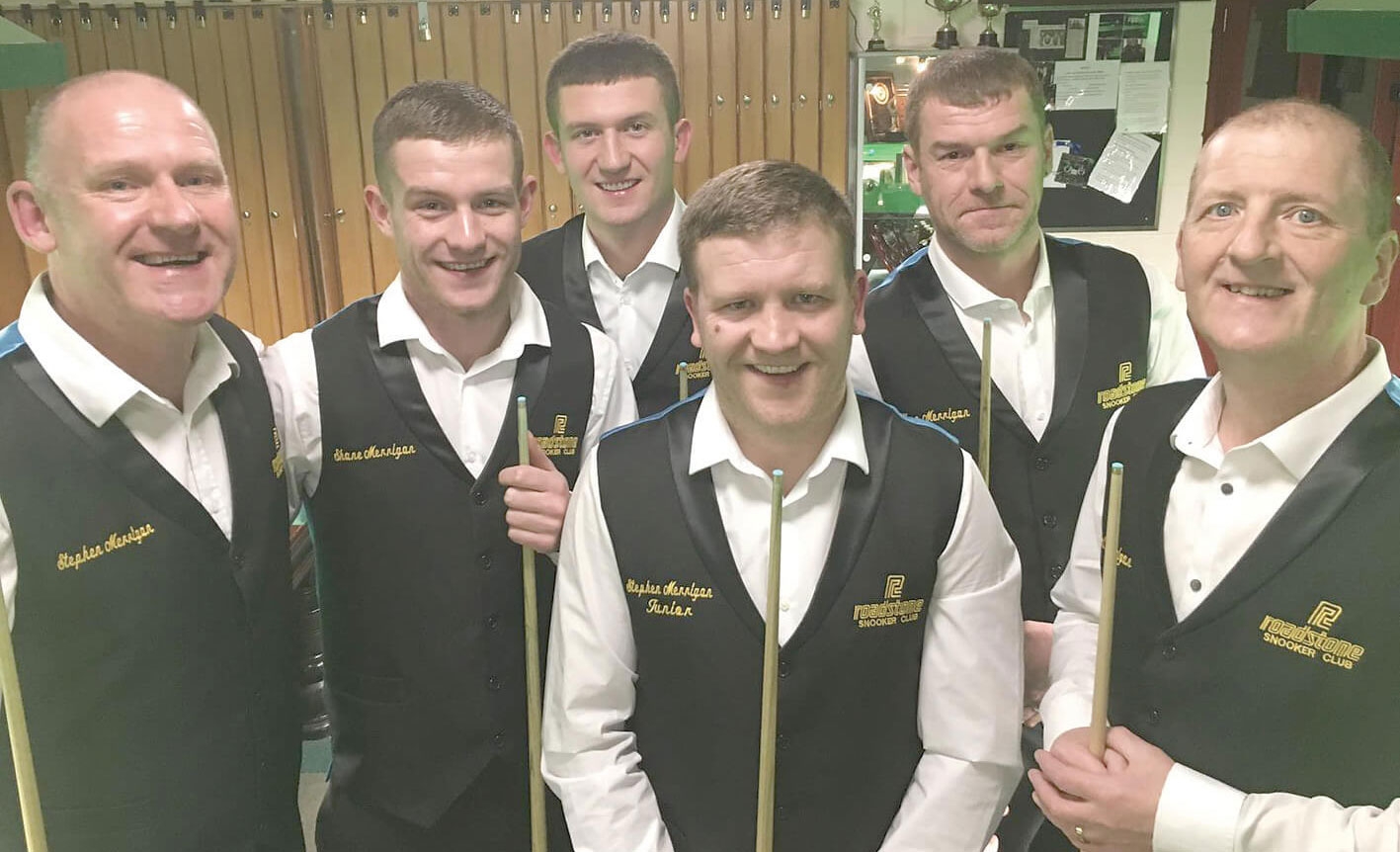 Roadstone and Darcy set for All-Ireland

BOTH ROADSTONE and Darcy McGee’s will be heavily represented in this week’s All-Ireland Snooker Club Championships in Killarney.

Starting today (Thursday) and running through until Sunday, the event sees the former field three teams with Darcy’s putting out four.

The Roadstone contingent includes the first ever All-Ireland Club Championship team to feature six members of the same family.

Indeed, captain Stephen Merrgian will be joined by his brothers Pat and Alan as well as his sons Stephen, Shane and Daniel to contest this year’s competition which will involve 44 teams.

Also representing Roadstone will be teams captained by Eddie Ingle and Kieron Brennan.

The former are currently sitting second in the DBSL Premier Division table behind the Darcy McGee’s outfit skippered by Stephen Reddington who made it as far as the quarter finals in last year’s All-Irelands.

Among the others who are also captaining sides for the Templeogue club are Philip McCaffrey, Kevin O’Brien and Richie McAuley.

Completing the line-up of Dublin clubs heading to Killarney are Willows (captained by Mark Farrell) and Fairview (led by Philip Browne).

On another note, Darcy McGee’s will be playing host to ‘An Evening of Snooker with Shaun Murphy’ on Monday, February 18. For more information contact Richie at 4907710 or Brendan at 083 4706869.