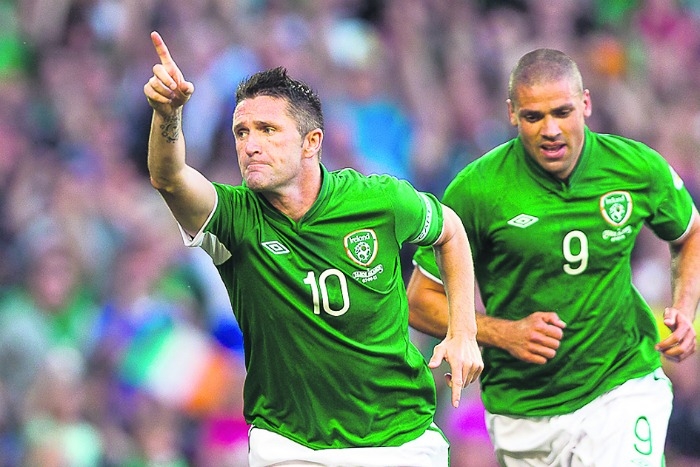 Robbie Keane could be set for a Guinness World Record

It looks as if Tallaght’s Robbie Keane could be on his way to claiming a Guinness World Record.

That is because the guys behind the Irish Abroad Twitter account, which focuses on highlighting Irish players playing in England, Scotland and the USA, have lodged an application to have Keane’s record of scoring an international goal in 19 consecutive years recognised.

According to the application, Keane’s record, which began in 1998 and ran until 2016, is unrivalled, with Irish Abroad noting a Hungarian player, Imre Schlosser-Lakatos, as being the closest.

We’re trying to get Robbie Keane’s record of scoring in 19 consecutive years for @FAIreland recognised by @GWR as a World Record #COYBIG pic.twitter.com/9pYcx7gZhQ

If Keane’s remarkable record is recognised it will be a fitting accolade for the man who is the Republic of Ireland’s greatest ever goal scorer.