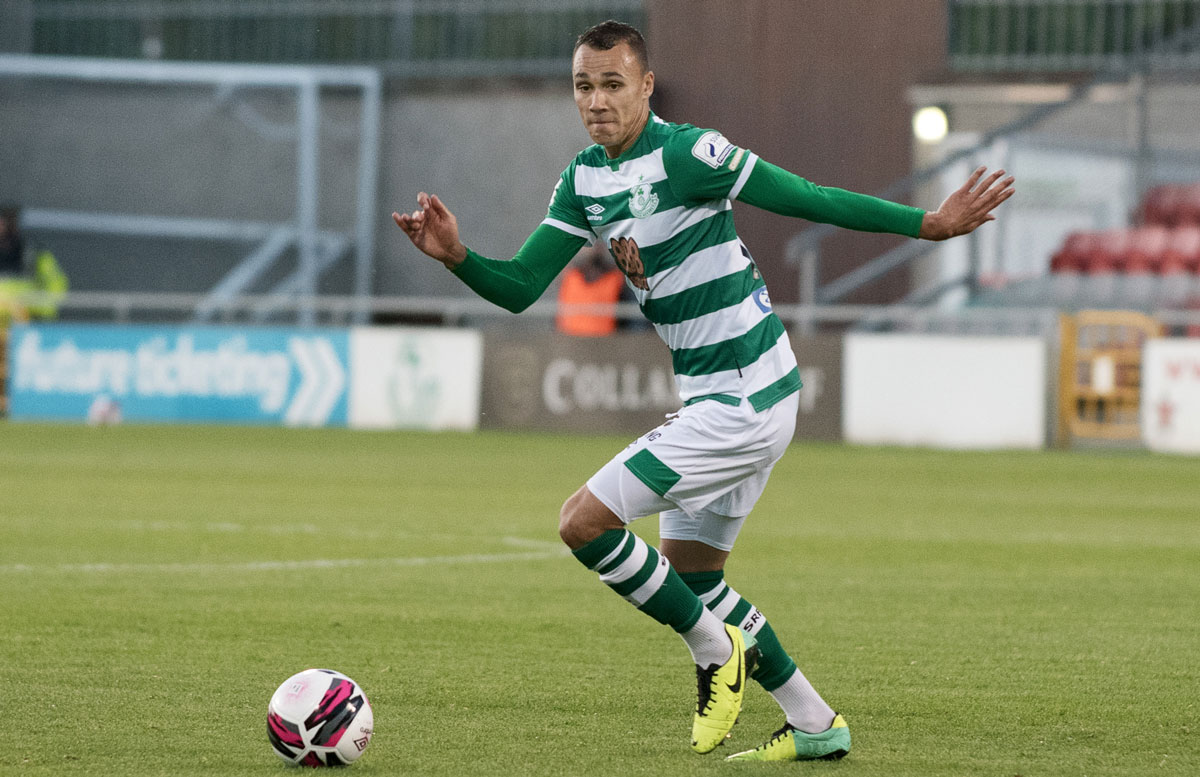 A Graham Burke penalty forced Rovers back into the reckoning

Rovers come from behind to draw with Sligo in Tallaght

An 81st-minute own goal from Adam McDonnell was crucial at Tallaght Stadium last night as champions Shamrock Rovers played out a 2-2 draw with Sligo Rovers in the SSE Airtricity League Premier Division.

Having already lost twice in the current campaign, Stephen Bradley’s hosts were in danger of losing further ground in their pursuit for a third consecutive top-flight title.

Yet a Graham Burke finish forced them back into the reckoning and although there was an element of fortune to their equaliser, they will gladly accept a point given the position they found themselves in.

Despite the presence of team captain Ronan Finn, Jack Byrne and Richie Towell on their bench, the Hoops had undoubted quality within their starting line-up.

Sligo have performed well under Buckley, however, and took the lead with just 18 minutes gone on the clock.

From a Jordan Hamilton cross, Fitzgerald was on hand to head past veteran Rovers netminder Alan Mannus.

While Rory Gaffney and Dylan Watts both went close to equalising, the north westerners ultimately doubled their cushion on the half-hour mark.

Following some sloppy defensive play from Barry Cotter, Keena fired home for his fifth goal of the campaign to date.

Although Gaffney continued to threaten up front, the Hoops couldn’t find the net in the first half and were faced with an uphill task on the restart.

Neil Farrugia and Jack Byrne were both introduced at half-time, but it was a starter who breathed life into the Rovers challenge.

After McDonnell fouled Andy Lyons on 62 minutes, Burke made no mistake from the resulting penalty as he fired clinically beyond the reach of Ed McGinty.

Towell was just off-target moments after his introduction for Watts and with just nine minutes of normal time remaining, Sligo’s advantage had been dramatically wiped out.

Sean Hoare rose to meet a Byrne free-kick and McDonnell inadvertently directed the ball past the helpless McGinty.

Towell did have a chance to win it in the end but even though this result leaves them fourth in the table, it also extended their unbeaten home record in the Premier League to 15 games.