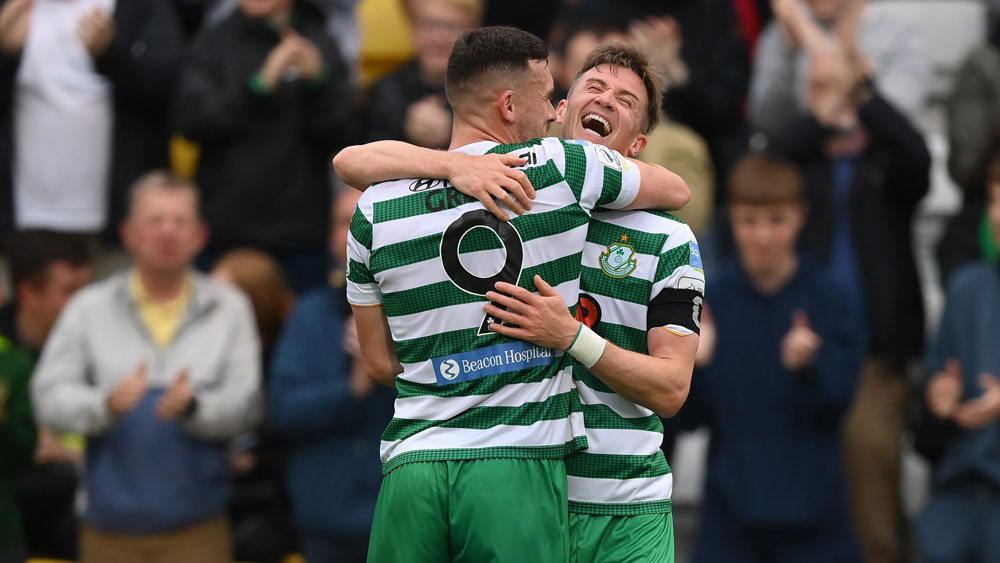 Rovers have the measure of Maltese opponents in Tallaght

Shamrock Rovers kick-started their European campaign with an emphatic 3-0 triumph in the first leg of their UEFA Champions League first qualifying round showdown against Hibernians of Malta at Tallaght Stadium this evening.

Courtesy of goals from team captain Ronan Finn, Dylan Watts and Rory Gaffney, the Hoops are in pole position to advance into the next phase of Europe’s top-tier, even with a return leg to come in Ta’Qali next Tuesday.

Despite the absence through injury of Jack Byrne and Graham Burke – as well as the Lincoln City-bound Danny Mandroiu – Rovers were the dominant side in terms of both possession and chances throughout the opening period.

Kilnamanagh native Aaron Greene and Dylan Watts had decent opportunities before the Hoops eventually broke the deadlock on 25 minutes.

From a left-footed Gaffney cross, Finn was on hand to turn home at the right-hand post.

Gaffney was providing a strong attacking presence for the Hoops and he once again provided the assist for Watts’ terrific side-footed finish on the stroke of 40 minutes.

This propelled Stephen Bradley’s men towards a 2-0 interval lead and there seemed little prospect of a fightback from the Maltese on the resumption.

However, the Rovers faithful breathed a sigh of relief when the towering Terence Groothusen smashed the crossbar and Thaylor Lubanzadio was also denied by the woodwork just past the hour mark.

Despite continuing to be a standout performer, Gaffney was extremely fortunate to only receive a yellow card after lashing out with the boot on opposition defender Gabriel Izquier.

Nevertheless, the Galway native was keen to end his night on a positive note and he duly rounded off an accomplished Rovers display with a smooth finish to the bottom right-hand corner in the 78th-minute.