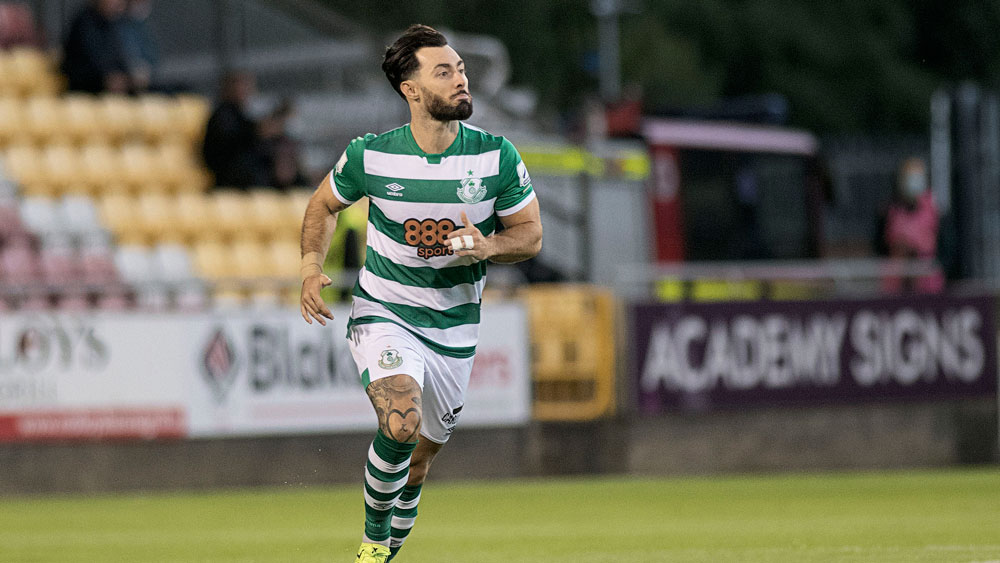 Rovers have to settle for draw in Dundalk

Defending champions Shamrock Rovers had to be content with a share of the spoils at Oriel Park this evening after themselves and Dundalk couldn’t be separated in a scoreless SSE Airtricity League Premier Division encounter.

After getting the better of arch-rivals Bohemians in Tallaght three days earlier, the Hoops were hoping to build further momentum in their quest for a third successive league title.

An FAI Cup winner with their fellow south Dubliners St Patrick’s Athletic in 2021, Robbie Benson rattled the Rovers crossbar from a crisp drive in the seventh minute of the action.

The Athlone man was coming up against his former team-mate Richie Towell in this contest and he was also close to breaking the deadlock just past the first-quarter mark.

A native of Inchicore, Towell angled a shot that appeared destined for the net, but Dundalk netminder Nathan Shepperd was ultimately equal to his effort.

Benson was the creative force behind Dundalk’s next opportunity on 28 minutes as his corner was met by the head of Patrick Hoban, with Rovers custodian Leon Pohls on hand to make a fine stop.

Hoops defender Lee Grace had a subsequent effort that was deflected just past the posts, but the deadlock remained unbroken at the interval.

On the resumption, Danny Mandroiu forced another save out of Shepperd – following excellent approach work from Graham Burke at the opposite end – before Towell shook the woodwork after Jack Byrne had released him on the target.

In a bid to force the issue in front of their travelling supporters, Rovers boss Stephen Bradley introduced centre-forward Aaron Greene in place of Byrne inside the final-quarter.

The Kilnamanagh attacker didn’t take long to make his presence felt as he got on the end of a terrific delivery from Barry Cotter that would have led to a breakthrough had it not been for another impressive stop by Shepperd.

Neil Farrugia, Aidomo Emakhu and Rory Gaffney – the match winner for the Hoops against Bohs last Friday – joined Greene from the bench, but they couldn’t put their names up in lights on this occasion.