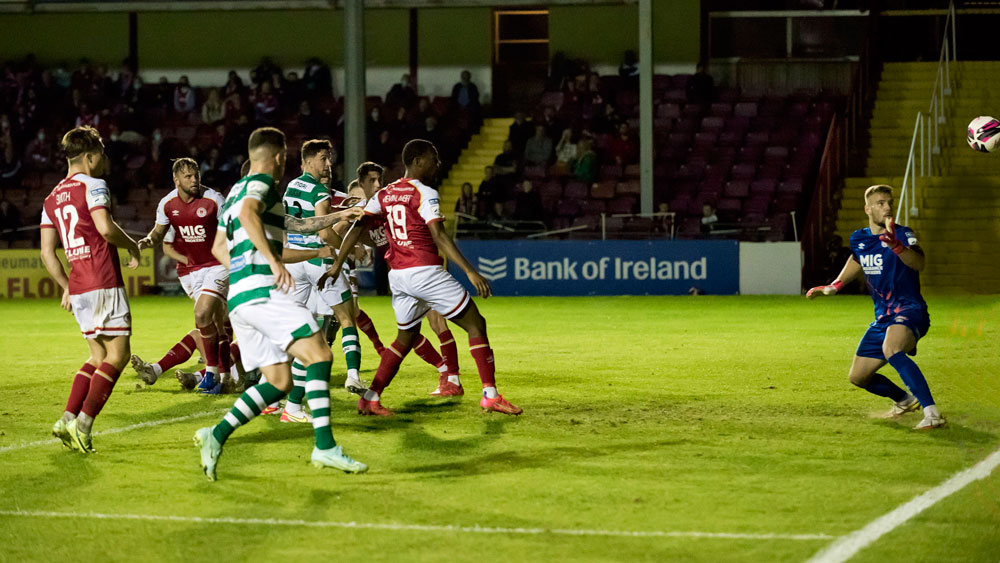 SHAMROCK Rovers have gone nine points clear of St Patrick’s Athletic at the top of the SSE Airtricity League Premier Division after an own goal from Nahum Melvin-Lambert in added time resulted in a 1-0 win for the Hoops at Richmond Park last night.

A goal mouth scramble in the Pats box saw an attempted clearance from Melvin-Lambert find its way into the back of his own net, costing the Saints a share of the spoils.

It was a bitterly disappointing result for the hosts who were not without their chances on the night.

In the opening minutes of the second half, a Sam Bone cross found the head of Chris Forrester, but his close-range attempt travelled just wide of the mark.

At the other end Rovers quickly caught Pats on the counter as Aaron Greene ran through on goal only to send his strike down the throat of Saints goalkeeper Vitezslav Jaros.

Both sides fought hard for a late winner with Darragh Burns and Greene creating plenty of opportunities on the wing for their respective sides. 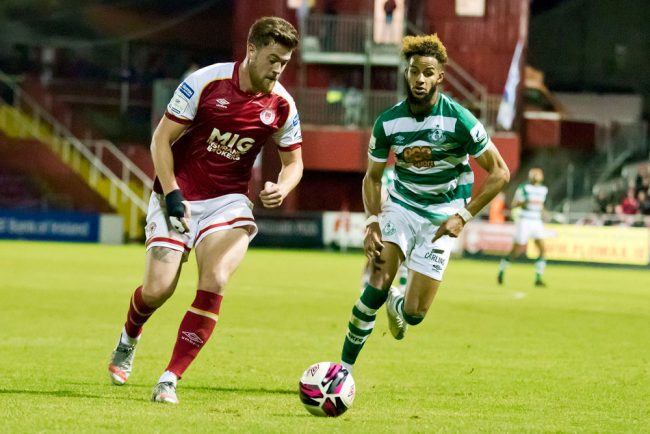 The Hoops had a number of consecutive chances from set-pieces just before the half-time whistle. The first of two free-kicks, saw Barry Cotter put the ball into the box before it was turned wide.

Shortly after, Rovers were awarded another set-piece closer to goal. Cotter once again put the ball into a dangerous area, before it was punched away by Jaros.