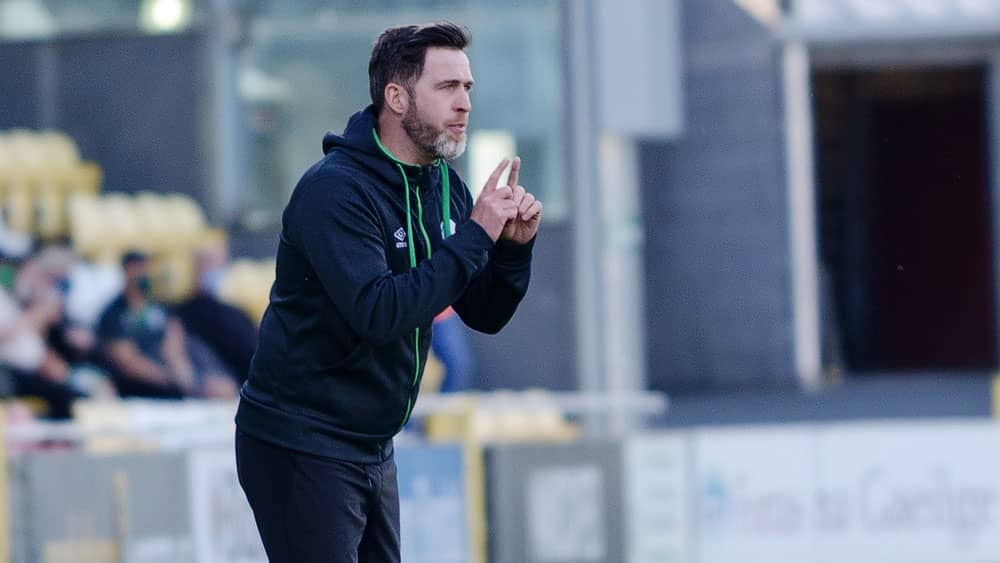 LEAGUE of Ireland Premier Division title holders Shamrock Rovers have been drawn against ŠK Slovan Bratislava of Slovakia in the first qualifying round for the 2021/22 edition of the UEFA Champions League.

This looks set to be a tricky assignment for the Hoops, with the Slovaks having reached the group stages of the Europa League on no fewer than three occasions in the past decade.

In the same season (2011/12) that Rovers reached that stage themselves under Michael O’Neill, Bratislava earned a respectable draw against Paris Saint-Germain that ultimately eliminated the French giants from the competition.

Vladimir Weiss was their manager during that campaign and he is now back with the Sky Blues for a second stint at the helm.

His son of the same name also lines out for Bratislava and enjoyed spells at Manchester City, Bolton Wanderers and Rangers at the beginning of his career.

While the Slovak Super Liga champions come with a strong pedigree, Rovers will feel that progress is within their grasp. In last season’s Europa League qualifiers, the Tallaght men produced a committed display on home turf before eventually losing out 2-0 to Serie A side AC Milan.

Should Rovers come through this tie – the first leg of which takes place on either July 6 or 7 followed by the return game a week later – they will be guaranteed at least three more European ties across either the Champions League or the Europa League qualifying phases.

However, it was also confirmed in today’s draw that the loser of this two-legged fixture will receive a bye into the third qualifying round of the Europa Conference League.

The Hoops’ league rivals Sligo Rovers, Dundalk and Bohemians find themselves in the first qualifying round of the latter competition.

The high-flying Sligo – managed by Perrystown’s Liam Buckley – have been pitted against Fimleikafélag Hafnarfjarðar of Iceland.

Before their attention turns to Europe, Shamrock Rovers will look to keep their bid for back-to-back Premier Division crowns on track.

Currently sharing the lead with Sligo in this season’s race, Stephen Bradley’s charges travel to the Regional Sports Centre on Friday for a Series 16 meeting with Waterford.

On the same evening, Buckley brings Sligo back to his old stomping ground of Richmond Park for a mouth-watering clash with third-place St Patrick’s Athletic.