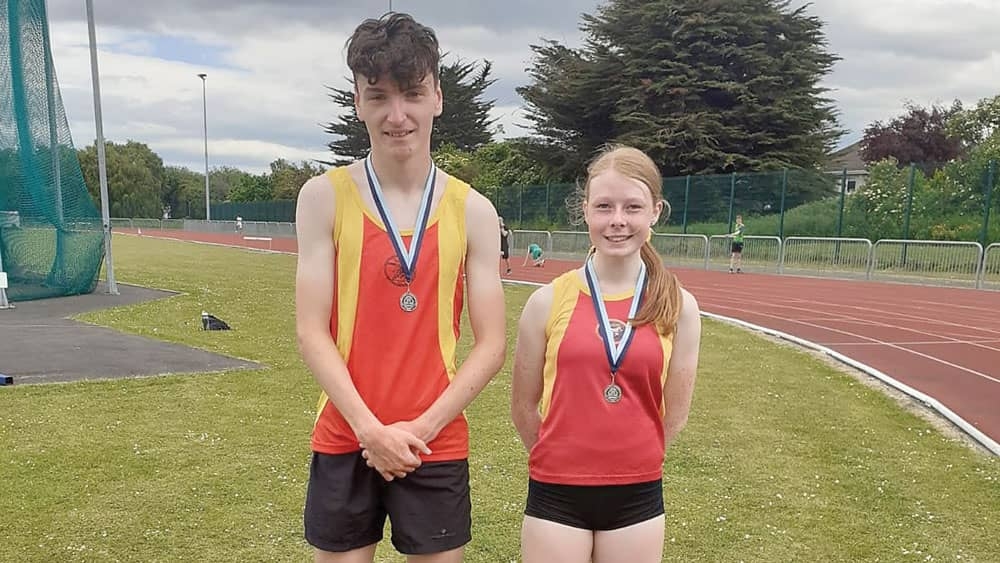 TALLAGHT Athletic Club hosted the first Dublin Track & Field athletics events since the country was devastated by the Covid-19 crises.

Organising a competition with so many different track and field events across all age groups with so many Covid protocols in place was a huge logistical task for the Dublin County Athletics Board and the club, yet they met the challenge head on.

Last week saw Tallaght AC stage the Dublin Graded Meet and, although the track events were limited to Dublin club athletes, the hammer contest was open to athletes outside Dublin and attracted 35 competitors alone from as far away as Donegal, Tyrone and Tipperary.

This event saw a number of Tallaght athletes return to action including Joseph Finnegan Murphy who won the Grade One 100m in a time of 11.36 with Philip Omisore finishing fourth.

Ronan Long also finished fourth in his Grade B1 event while Lile O’Rourke, in her first ever contest, clocked 14:82 in her grade C1 100m.

Eoghan Keaney was fourth in the Grade One Men’s 1500m contest and Jack Kelly finished third in the Grade B2 race before Faye Dervan won the Women’s Grade B 1500m with a time of 4.46.9.

On Friday evening and Sunday the club hosted Dublin Juvenile T&F Championships in which their own Ailin Geraghty and Khalad Kourrini picked up silver and bronze respectively in the Under 15 Boy’s 1500m final to book their place in the National Championships to be held in August.

On the Sunday another brace of Tallaght athletes qualified for Nationals after Cormac Dixon earned silver in his Under 16 1500m final behind the 2019 National Under 14 Cross Country champion Sean Cronin (Clonliffe Harriers) and recorded a new PB of 4:10.8 while Hazel Jordan did likewise on her way to silver in her Under 16 1500m final.

Robert Irvine Byrne also took third in his 200m as did Ronan Long with a time of 22.95 while Philip Omisore came home fifth in his race.

In the 100m Series 1 contests Joseph Ojewumi clocked 10.73 on his way to fifth while Simon Essuman and Joseph Finnegan Murphy finished first and second in Heat Two.

In Series 2 100m contests on Sunday afternoon Ojewumi ran a faster time of 10.57 as did Essuman when he finished sixth in 10.81.

Jennifer Hanrahan was runner-up in the long jump and third in her 100m contest while Ronan Long won his 400m heat and Sean McCabe finished 10th in his 800m while in the 1500m Eoghan Keaney took third 4:04.27.