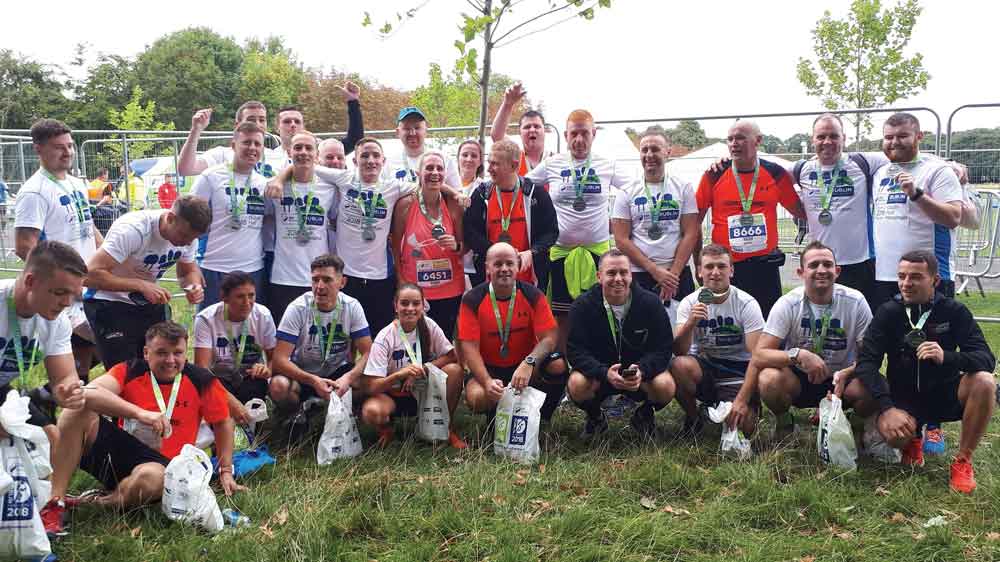 THIS year marks the tenth anniversary of Cherry Orchard Running Club, and the ever growing club has major plans for 2023.

The club started with just three members but over the years, it has made a real positive impact for adults and young people, and now counts over 300 members.

Last year, for the first time, the club had over 60 members take part in the Dublin City Marathon and there was also a cohort of club volunteers on the day, supporting all of the competitors along the route.

The club has sections for adults, teens, children’s groups, and recently launched COWS (Cherry Orchard Walking Society), aimed to offer a stepping stone to their ‘Couch to 5k’ groups, or if people are injured or taking a break from running.

For the New Year, the club were “thrilled” to announce the SEQ as their new sponsor for 2023, adding a splash of orange in the Cherry Orchard community.

Anyone who would like to join their new Couch to 5k group starting on January 17 (Tuesday and Thursday 7.45pm), registration will be held in Familibase on Wednesday, January 11, from 6.30pm to 7.30pm.

This is the perfect opportunity to join other residents and achieve some goals. Membership is open for the club, who will be celebrating a number of events over the coming year.

The club wish member Gary Craven the very best in his upcoming challenge to climb Kilimanjaro in February and is raising funds for the club on iDonate HERE .

NEWER POSTHitting the Dancefloor: Local dancers and hoops player on Dancing with the Stars
OLDER POSTCheck out this week’s Echo jobs – January 12th, 2023