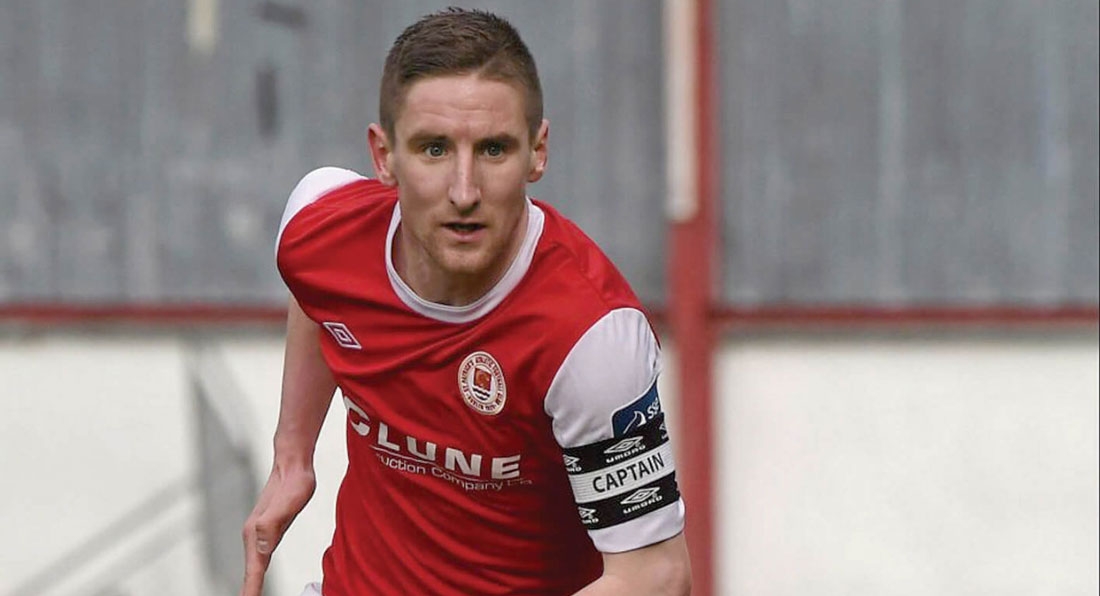 St Patrick’s Athletic moved three points clear at the top of the SSE Airtricity League Premier Division table with a 2-0 victory over 10-man Derry City at Richmond Park this evening.

Coming into this contest with two wins and one draw from their opening three games, Robbie Benson and Darragh Burns goals ensured the Saints extended their unbeaten run.

The chasing pack of Finn Harps, Sligo Rovers and defending champions Shamrock Rovers all have games in hand, but it has been a positive start to the campaign nonetheless for Pat’s.

It was a relatively uneventful opening to the contest as Pat’s enjoyed good passages of possession without necessarily causing too many problems for Derry netminder Nathan Gartside.

Team captain Ian Bermingham – a native of Ballyfermot – did, however, have a deflected cross just past the half-hour mark that floated perilously close to the opposition goalmouth before drifting away to safety.

Pat’s were subsequently handed a numerical advantage in the 32nd-minute, when Derry’s Danny Lupano received a second yellow-card.

This added renewed vigour to the Saints play, with Matty Smith, Bermingham and Chris Forrester all testing Gartside’s resolve.

While the deadlock remained unbroken at the interval, the Inchicore were confident of eventually finding a breakthrough.

Their opener ultimately arrived on the hour, thanks in no small part to the approach work of Ronan Coughlan.

The score of the only goal in last weekend’s Dublin derby encounter with Bohs, he wrestled his way past a Derry defender inside the area.

When the ball eventually fell into the path of Benson, the former UCD and Dundalk midfielder fired home in consummate fashion.

This provided the hosts with much-needed breathing space and they effectively sealed the fate of Derry on the stroke of 70 minutes.

After beating the offside trap, Burns – introduced for Smith just four minutes earlier – coolly slotted to the bottom corner of the net for his first Pat’s senior goal.

As a result, his side comfortably secured the maximum points on offer in addition to recording their third success on the bounce.