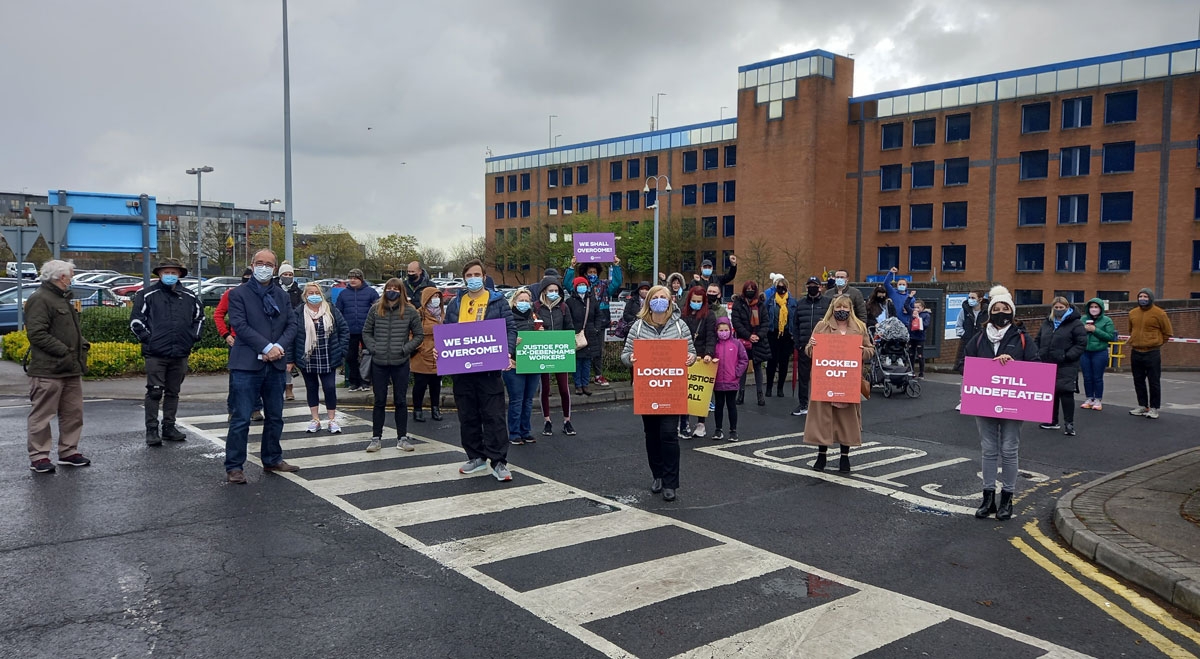 ONE year to the day since around 1,000 people were unceremoniously let go nationwide, former Debenhams workers including those on the picket line at The Square in Tallaght, vowed to try and change the law to protect other workers in the retail industry.

A large crowd gathered at the usual spot in The Square on Friday morning, near the service delivery entrance, which included support from a number of politicians and well wishers from the community.

Workers told The Echo that liquidators KPMG have possession of their work lockers which includes personal items, papers, clothes and a holiday fund staff contributed into themselves, which had an estimated €400 in the pot.

When the email came through last year, workers could not re-enter the store again to collect their possessions.

It is understood that five of the 11 Debenhams stores, including Tallaght, have been cleared and the stock sold.

Staff were hoping stock in the stores would go into a pot for a fair redundancy package.

Carol Quinn, former shop steward in Debenhams Tallaght for 30 years, said the “struggle is still on” and they are currently in talks with their union Mandate over a proposed €3 million Solas fund which could be used for training and wellbeing measures.

“We will have to vote on it on the next two weeks”, Ms Quinn said.

“There are mixed feelings amongst staff. We do not have much trust in government.”

Mandate believe the initial Solas allocation would be worth roughly €4,000 per worker, but it was not expected that everyone would avail of the fund and there could be a second round of allocations.

The fund could also be used to support retirement planning – a point also highlighted by the Department of Higher and Further Education, which oversees Solas.