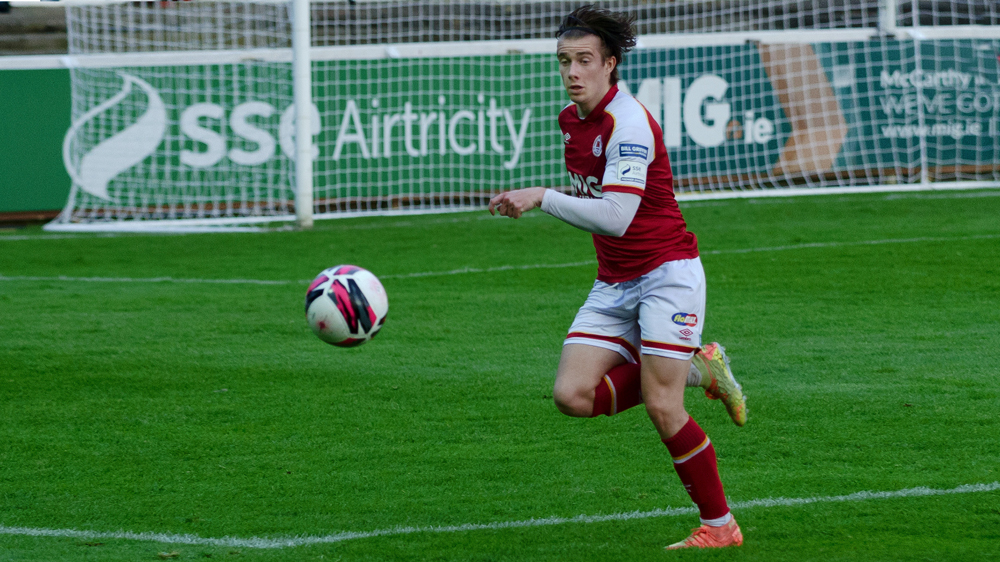 Alfie Lewis also found the net as the Saints recorded their 18th top-flight victory of the season. Shamrock Rovers loanee Dean Williams was on target for the hosts, but it was a mere consolation as their Dublin counterparts came away with all three points.

While their slim title prospects came to an end as a result of Rovers’ similarly emphatic triumph at the expense of Finn Harps, it proved to be a profitable evening for St Pat’s. Given the gap between themselves and fourth-place Derry City now stands at 13 points, Stephen O’Donnell’s side are guaranteed a spot in next season’s UEFA Europa Conference League.

Indeed with Sligo Rovers trailing them by nine points with just four games left to play, the Inchicore men are virtual certainties to emerge as runners-up in the final standings.

Seeking their fourth win of the campaign over Longford, the Saints were close to breaking the deadlock through Jason McClelland and Sam Bone. The opening goal of the contest finally arrived just shy of the half-hour mark, when Chris Forrester flicked the ball into the path of Smith for a superb left-footed volley into the top corner.

James Abankwah almost bagged his first senior goal in the closing moments of the opening period, but Smith ensured Pat’s were ultimately 2-0 in front at the break. From a Robbie Benson corner, the Scottish attacker headed home for his 10th league goal of the year.

Despite already being relegated back to the First Division, Longford have developed a knack of making life difficult for the league’s top sides during the current campaign. Eight minutes after the restart, they threw a spanner into the works when Williams fired past Vitezslav Jaros.

Their deficit remained at the bare minimum heading into the final-quarter and Pat’s recognised that a third goal was needed in order to make the end of the game more comfortable from their point of view.

They got their wish on 84 minutes as Lewis finished in clinical fashion after Smith and Darragh Burns had made the initial inroads. Though this placed the outcome beyond doubt, there was enough time for Smith to collect the match ball with a smooth stoppage-time strike.