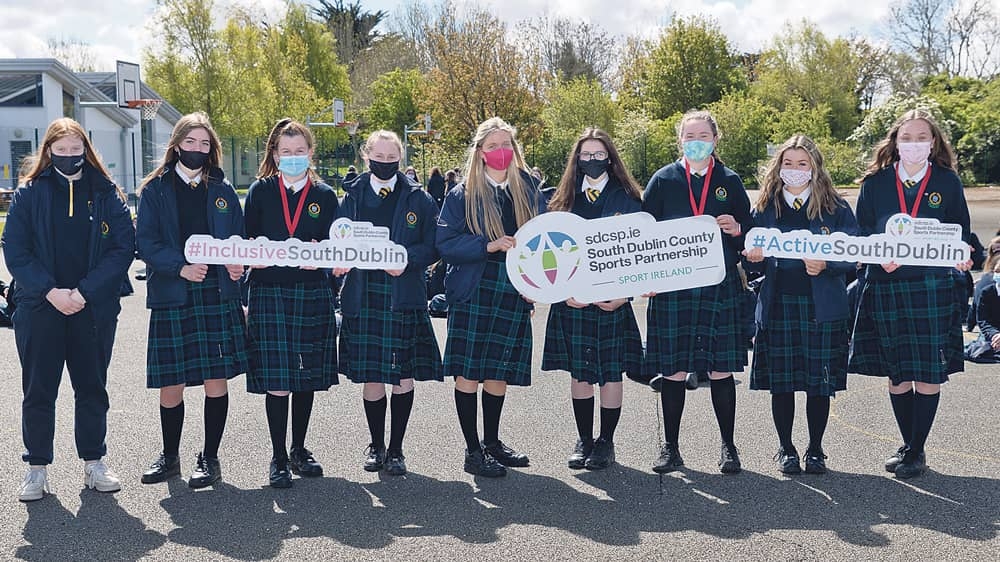 THREE students made a powerful impression with their winning project at the PE XPO, which focused on equality and recognition for Women In Sport.

Students Ciara Murphy, Emma Cullen and Sarah McVeigh from Coláiste Bríde in Clondalkin ensured they got their strong message heard when their project ‘Same Game, Same Fame’ won the ‘Women in Sport’ category award and was highly commended in the ‘Over Senior’ category at the PE XPO Ireland.

The PE XPO is an annual event that examines the science behind sport and invites students both primary and secondary to enter projects around this topic.

The 2021 PE XPO took place virtually on May 5 with over 150 students from 35 schools entering projects.

The team continued their project from their entry at the Young Social Innovators (YSI) competition this year, which promotes supporting women in sport, encouraging more women and girls to participate in sport and lobbies for more recognition for women in sport.

The student’s teacher, Lisa Kelly, who also acted as the teams YSI guide for their entry this year told The Echo that the girls are “absolutely delighted” following their win.

“They were involved in YSI and had to pick a project for that, but they chose this topic because they are actively involved in sport themselves. We have a lot of students that are involved locally in the Round Tower GAA and Taekwondo in Clondalkin as well.

“They were disheartened at the fact that women in general don’t receive the same recognition as men in sport and they really wanted to tackle that issue.

“They also have seen so many teenagers dropping out of sport and they wanted to encourage more girls to get involved.”

Following on from their win, the team will get the chance to work with top Irish athlete Nora Stapleton on Zoom in hopes to get the project up and running and promote it.

In a further push, the students have written to Minister of State for Sport, Jack Chambers and Minister for Tourism, Culture, Arts, Gaeltacht, Sport and Media, Catherine Martin about the funding gap in GAA.