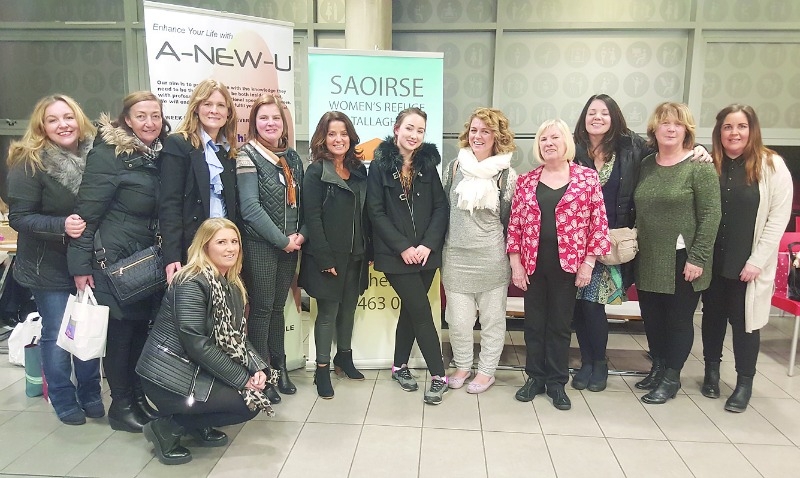 A TALLAGHT refuge that provided shelter in 2016 to nearly 100 families fleeing domestic violence was actively involved in a 16-day campaign opposing violence against women.

Since opening in 2006, Saoirse Women’s Refuge has been home to more than 1,000 families, and saw over 2,500 children stay at the Tallaght-based centre.

This figure does not include families supported through the refuge’s outreach work or helpline, or assistance provided to four out of five families who cannot be accommodated at Saoirse due to space constraints.

Manager Alison Graham told The Echo how only one out of five families that seek refuge can be accommodated but staff will offer them whatever support they can or a link-up to another service.

Alongside providing a safe haven and support, Saoirse is active in the fight against domestic violence, keeping the issue on the agenda locally and working towards breaking the “cycle of silence”.

Ms Graham told The Echo: “To mark the 16 days of action opposing violence against women, Saoirse were involved in a number of events in Tallaght.

“Campaigns like this are vital as they raise the topic of domestic violence and get people talking, both the public and councillors, who this year have been very involved.

“The housing crisis has resulted in a lot of women experiencing domestic violence, at risk of homelessness, with nowhere to go, and it’s important that South Dublin County councillors are aware of this when making decisions on housing.”

She added: “There are still a lot of families not coming forward. According to statistics, one in four women will experience some abuse in their lifetime, but services are not seeing that many.

“Maybe families don’t know of support services or don’t feel they are in a position to speak out. Whatever it is we need to keep the issue on the agenda, and break the cycle of silence.”

One of the events that marked the 16 days of action, was the screening of Rise at Rua Red.

Organised by Women Together Tallaght Network and Rowlagh Women’s Group in Clondalkin, the screening was followed by a minute’s silence for the 209 women who lost their lives in the past 10 years at the hand of a current or ex-partner.

Ms Graham concluded: “As Christmas approaches we want families to be aware that Saoirse does not close. Anybody who needs support, at any time, can contact our helpline and a staff member will be on hand to help.”

NEWER POSTRemember your beloved ones – and fill the sky with love this Christmas
OLDER POSTSVP expects to help over 6,000 local households during Christmas