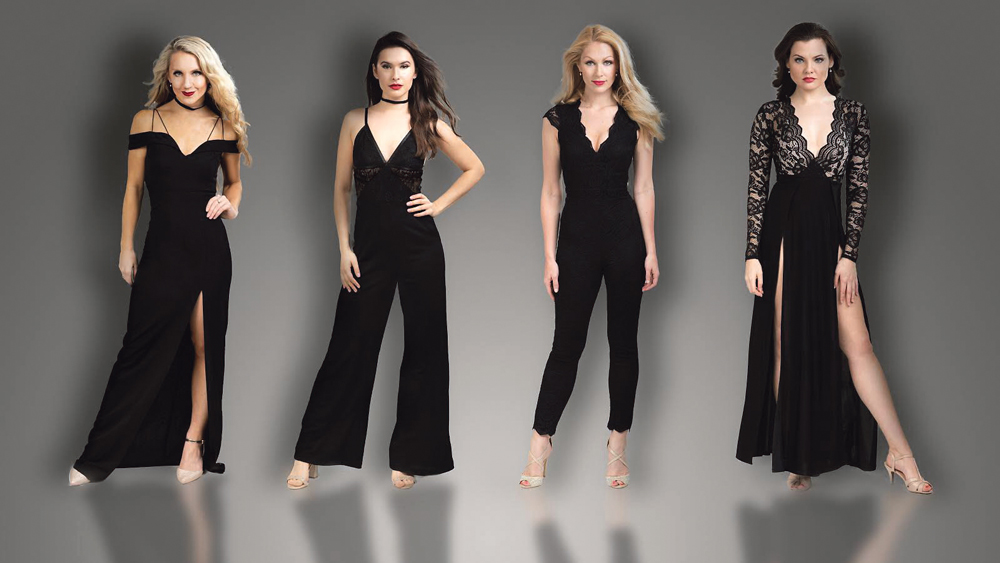 The Ida Girls’ cover of the song from the hit film ‘The Greatest Showman’ was praised by judges Dawn French, Alesha Dixon, Gary Barlow and Craig David. The group recently released it as a single.

Sarah, who grew up in Greenpark and Sruleen and attended Our Lady’s School in Terenure, initially developed her passion for singing under the tutelage of Maureen Ward from the Talented Kids Agency.

Now based in London, Sarah told The Echo about how she used to sing in the yard at Sacred Heart Primary School in Sruleen, how her career has developed over the years, and what it was like to appear on an episode of ‘Walk the Line’ as part of Ida Girls.

When did you realise you had a passion for singing?

I’ve always loved singing, and we used to always make little girl bands in the school yard in primary school.

There was an amazing singer in my class called Lindsey Phelan, so we would try to make up little harmonies together, mainly on one song from ‘Sister Act’ or Tina Turner.

I was really shy, so singing was what brought me out of my shell a bit as I got older, especially through secondary school.

Was there a particular point when you decided you wanted to pursue a singing career?

When it came to filling out my CAO, I popped down music so I could audition for some places and when I got in, I took it from there.

I was quite lucky that I met some amazing theatre directors through my singing teacher at the time (Maureen Ward of Talented Kids) and I was doing a mixture of opera and musical theatre through them, and also with some amateur dramatic companies around the country.

How did your involvement in Ida Girls come about?

In early 2018 I was contacted by Georgi Mottram, one of the group’s members, about auditioning. One of the girls had decided she wanted to settle down and with the group travelling so much at the time, it wasn’t working for her. So I essentially took that slot. I auditioned in Georgi’s kitchen in London with two other members of the group, Laura and Wendy. We sang two songs and then chatted about ex-boyfriends, got life advice and became best friends in five minutes over a cup of tea.

What is it about classical and operatic music that you find so appealing as a performer?

I love the power and drama of classical and operatic music. I started it quite late at 18, before that I was all pop and musical theatre, so I’m really grateful to Maureen Ward for opening up that side of my voice, and then later for the wonderful Virginia Kerr finessing it through university.

I love singing every style of music, so I’m very lucky that in Ida we really mash up the genres as much as possible – in one line you might be singing a crazy high operatic note, and then the next line you’re belting pretending to be Christina Aguilera again.

You recently appeared on ITV’s ‘Walk the Line’ as part of Ida. What was that experience like for you?

It was an incredible experience to perform in front of millions of people alongside the group.

It had been 18 months since we had performed together and it was an amazing first performance to come back to, we had never done anything like that before.

How do you feel about the response Ida’s performance of ‘Never Enough’ received?

We were so thrilled with the reception we received for our performance of ‘Never Enough’. We got a standing ovation from the audience, which was extra special because honestly the whole performance felt like a blur at the time, and lovely comments from the judges.

We were all brought up on Dawn French, so when she commented that what she loved about us was ‘the sisterhood’, that was amazing.

Do you have any tips or advice for local young people who might want to pursue a singing career?

Create your own opportunities, especially in this climate where everything is quite unstable, and particularly in our industry.

Be as versatile as possible and keep training.

I wasted a lot of time because I didn’t have the confidence when I was younger, so take every opportunity and put yourself out there – it will be worth it.

I now teach musical theatre degree students in some universities in London as well, and it’s so nice to see students arrive in my classes from Dublin.

We have really talented people coming out of the country.

Ida’s operatic cover of ‘Never Enough’ is out now on all streaming platforms. For further information, visit www.idagirls.com