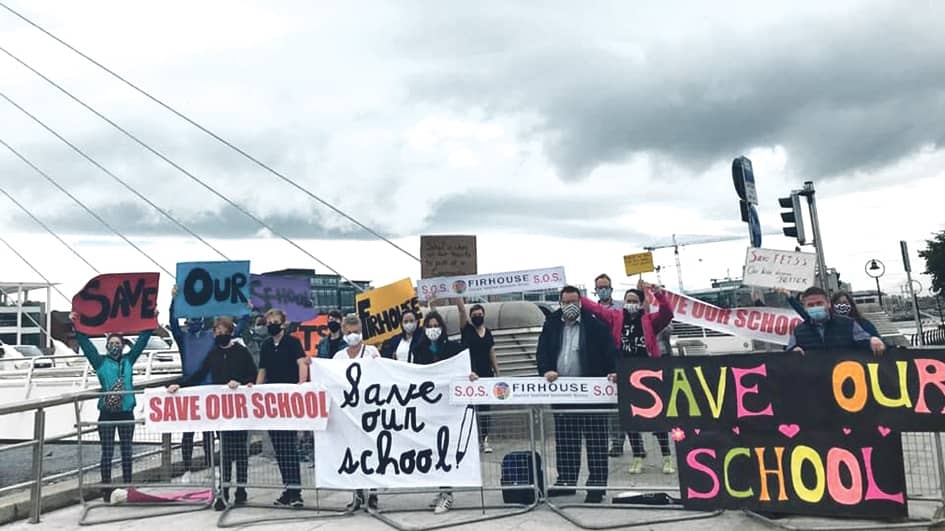 School to stay for another year

FIRHOUSE Educate Together Secondary School will not be moving out of its catchment community this September, after the Department confirmed that the new school can stay in its current accommodation for the next year.

As previously reported, the Department of Education and Skills had proposed moving Firhouse Educate Together second-ary school to Citywest for ‘18 to 24’ months while it awaits a new permanent building.

Educate Together school wins its battle to stay put

Established in 2018, the secondary school, which has no permanent accommodation, is currently housed across two primary schools in the area – Firhouse Educate Together and Gaelscoil na Giuise.

The construction of a 1,000-pupil secondary school is planned for the Firhouse, Ballycullen and Knocklyon area, under the patronage of Educate Together.

While the Department has secured a site within the Firhouse catchment area for the construction of the school’s permanent home, those campaigning believed that uprooting the school for two years or more could “kill off” Firhouse ET secondary school.

The school community appealed to the Department in recent months to find alternative, temporary accommodation in the catchment area but, as the new school term fast approached, there was no alternative solution in sight.

The school’s pupils recently staged a protest at their current accom-modation and last Thursday parents gathered outside the Convention Centre in an appeal to the Minister of Education, Norma Foley TD.

Since then, the school community has learned that they can stay in their current accommodation for another year.

Taking to Facebook, the campaign group said: “We have received confirmation from the DES [Department of Education] that we will be staying in our current location for the school year 2020/2021.

“Thank you to all of our local politicians who worked to help to get us here – John Lahart, Colm Brophy, Francis Noel Duffy, Sean Crowe and Paul Murphy.

“We really appreciate all the support given to us by everyone on Facebook over the last seven weeks.”

When contacted by The Echo, a spokesperson for the Department of Education also confirmed the news.

“The Department can confirm that following engagement with Gaelscoil na Giúise and An Foras Patrúnachta, the Gaelscoil will accommodate Fir-house Educate Together Secondary School in their building for the coming school year,” the spokesperson said.

Dublin South West TD John Lahart, who met with parents outside the Convention Centre, extended thanks to Gaelscoil na Giuise which, a growing school itself, will continue to provide space to ET secondary school for another year – allowing them to remain in their community.