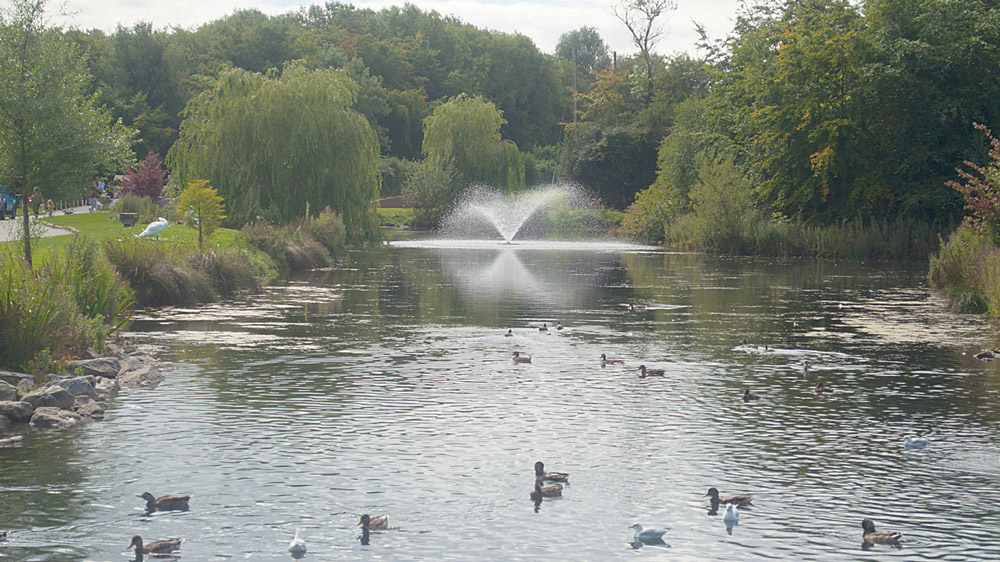 Scrambler bikes ‘put everyone at risk’

PEOPLE who ride scrambler bikes in public parks “put everyone at risk”, according to a local councillor who encountered a scrambler bike rider in Tymon Park in Tallaght over the weekend.

On Sunday afternoon, Independent councillor for Tallaght Central, Mick Duff, was walking through the park when he spotted a teenager on a small scrambler bike weaving in and out of the footpath.

While Cllr Duff said the biker wasn’t travelling at speed, he said there was an ever-present danger as he was driving a motorised vehicle in a public space where there were pedestrians.

“I was walking through the park at lunchtime on Sunday and I remember thinking that it was peaceful and lovely in the park, then just past the lake I see this kid coming down the hill on a scrambler bike,” Cllr Duff told The Echo.

“He revved it up and went down. I passed families on the footpath, and he came up the path through people.

“The park is a place of enjoyment, it’s for recreation. It cannot accommodate motor vehicles or scramblers – it’s not geared for them to do that. There’s no safe space in the park for it.

“We might have that in the future in some public space, but in the meantime, we have to suffer people coming through parks on these with no insurance, no tax, no right to use them in the park, and putting everybody at risk and disturbing the ambiance of the park.

“Here’s a kid who’s inexperienced, has no training, and somebody somewhere knows he’s left the house going out on this bike and returned unquestioned about where he was and what he was doing.”

Scrambler bikes have become an issue around the county, such as in an unrelated incident in Sean Walsh Park last April, when a three-year-old girl was struck by a scrambler bike and suffered a broken shoulder and cuts to her face.

There are calls for gardaí to be given greater powers to seize quad and scrambler bikes being used in public parks and green spaces to combat the issue.

Cllr Duff suggested that providing park rangers with four-wheel vehicles to patrol the park could work as a deterrent, but he voiced his frustration with the lack of legislation to tackle the issue.

“When I left the park, I felt helpless as a councillor because members of the public pointed out to me about the scrambler and all I could tell them is we’re waiting for legislation,” he said.

“We’re just waiting for that legislation, and we don’t know when it will be brought in.”

He added that there will be a need for all stakeholders to work together to “build and scale up”.

Deputy Lahart said he was firmly in favour of the “carrot and stick approach”.

“The stick is this legislation, that will be passed by June and will give gardai the powers of confiscation, but we know that that is not going to end it,” he said.