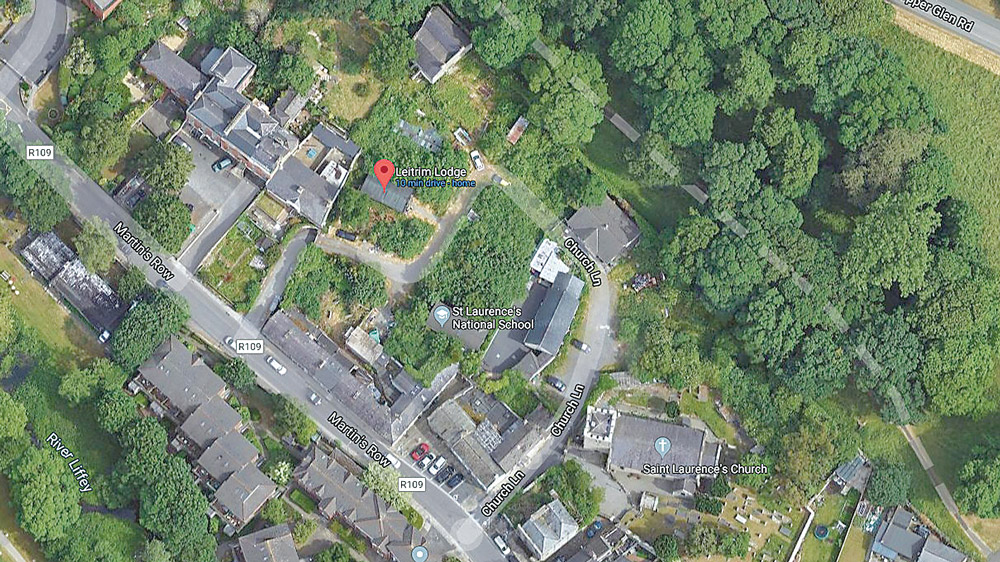 AN APPLICATION outlining plans for the restoration of Leitrim Lodge on Martin’s Row in Chapelizod, and the construction of a five-storey, 23-unit apartment block, has been declared invalid by Dublin City Council.

It’s noted in the unsuccessful planning application submitted by Infield Development Ltd that Leitrim Lodge is on the register of Protected Structures.

The proposal included the restoration of Leitrim Lodge to its former use as a four-bed single occupancy residential dwelling with two car parking spaces.

Permission was sought for the demolition of other structures on the site including a day centre, a workshop, a glasshouse, a steel container and four sheds.

Parking was to be provided in the form of a bicycle store to provide 64 bicycle spaces, and a parking shelter with a landscaped terrace above, and 26 car parking spaces at surface level.

The widening of the existing access laneway on Church Lane requiring alteration to porches of existing dwellings and repositioning of a protected wall to 34 Main Street in Chapelizod was also proposed.

The local authority advised the developer to resubmit NRB Consulting Engineers Drawings listed in the application’s drawing schedule, but which the council did not receive.

Leitrim Lodge was brought to the market by selling agent Lisney in October 2016, with a guide price of €1.8m.