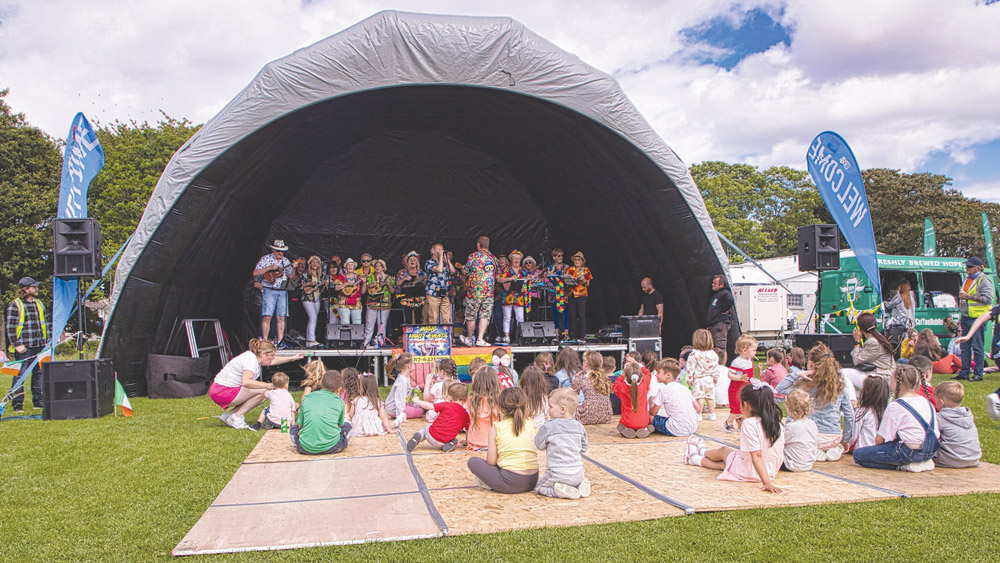 The Walkeleles performing in Markievicz Park

THE events continue apace at the Ballyfermot and Cherry Orchard Festival 2022, with many interesting activities this week.

This Thursday (July 7) sees the official opening of Le Fanu Skate/BMX and play park, and on Friday Ballyfermot Heritage hosts the unveiling of a plaque to commemorate the anniversary of the attack of a train carrying British troops during the War of Independence.

The Irish battalion that day was led by local man Padraig O’Connor.

Already, there have been many events for the festival, which kicked off on June 24.

Tuesday evening saw a special “Opera in the Park” a the new People’s Park beside the Civic Centre.

The Festival 2022 Committee created an amazing programme of 40+ activities and events over the course of the festival.

Also on Friday, there will be a lunchtime concert in Tesco’s carpark by the Ballyfermot Traditional Hub, from 1pm to 2pm.