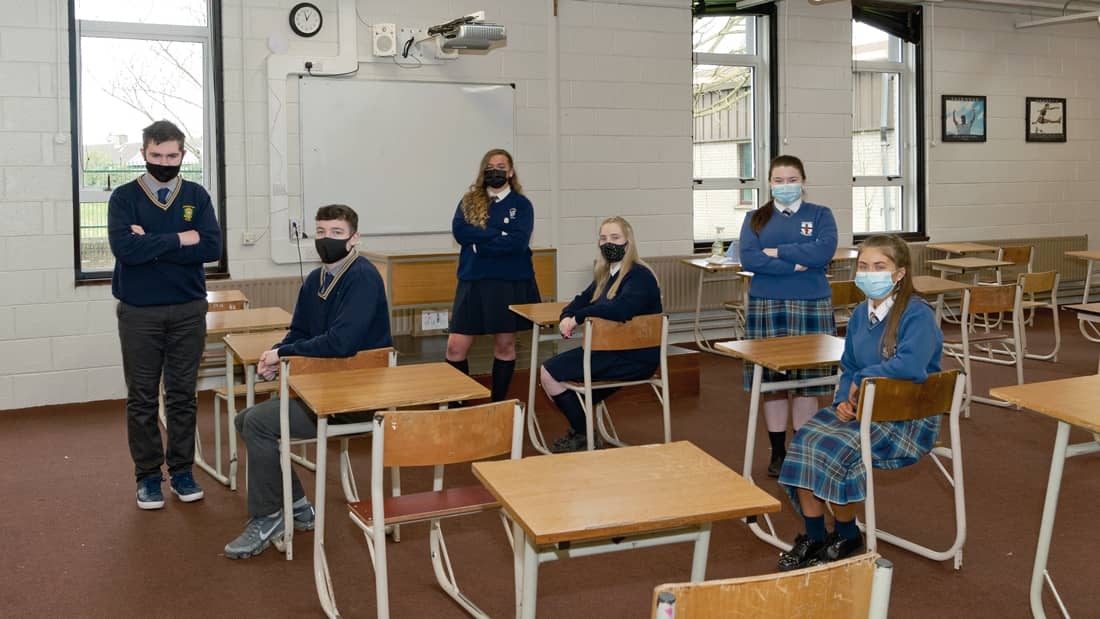 Set to open in September 2022 at the site of St Johns College, the new school has been named after St Elizabeth Seton, the patron saint of new beginnings and of Catholic schools. She was also the first native born American to be canonised by the Catholic Church.

It can facilitate 800 students and is being billed as a modern campus, with innovative design features which link existing accommodation to both the new build and large green spaces on the site.

The Department of Education are providing a grant of €6.5 million for additional accommodation, plus €23,000 for furniture and fittings, and an ICT grant of €99,715,00.

The existing school accommodation at Le Fanu Rd has received grants of € 1,634,035 over the past decade for upgrades and refurbishment from the Department – which school facilitators say, will further enhance the campus as a whole.

St Seton’s will be a modern Catholic Co-educational College – following in the footsteps of the Dominican sisters, the Daughters of Charity of St Vincent de Paul and the De La Salle Brothers, who were at the heart of education in Ballyfermot for generations.

Maureen Boylan, PR Committee St Seton’s Secondary School, said the addition of new accommodation will “greatly enhance” educational opportunities for young people by providing them with an “excellent range of subjects to maximise their interests and talents”.

“The addition of two new science laboratories will mean the new school will have five modern and fully equipped specialist rooms and will be able to offer senior cycle students biology, physics and chemistry,” said Ms Boylan.

“With the growing interest and uptake of STEM subjects at senior cycle nationally and locally in recent years, this is an exciting educational development in Ballyfermot and will no doubt lead to an increase in the number of people pursuing a career in science in the future.”

A new DCG room and Technology room is set to be added to the current provision of one large existing DCG room and two M.T.W rooms – providing more access for students in the areas of tech and computer science.

However, there has been some skepticism in the community to the move, with some residents lamenting the loss of a single sex secondary education school.

Another resident and school parent, Martin Walshe, who was involved in an amalgamation saga a number of years ago of Dominican schools – De La Salle, St Michaels, St Gabriel’s and St Raphael’s – questions the funding aspect.

“Promises were made for the primary schools about eight years ago. Raphael’s, Gabriel’s and St Michael’s were promised a new PE hall and an extra classroom block but this never materialised.

“I would be concerned the same thing would happen again,” said Mr Walshe.

Generally, is appears the community are responsive to the amalgamation of the secondary schools.

In 2019, the patrons of the three schools, Le Chéile and CEIST, stated they were “no longer in a position to provide equality of access for all boys and girls in the area to the wider educational opportunities and facilities required for the next 50 years.”

The patrons said the amalgamation provides an “exciting opportunity” to shape the future of education in the area.

In recent months many in the three school communities have been involved in planning key pieces for the new school – name, uniform, curriculum, Transition School and crest.

Ms Boylan said they would “love more involvement from our parents and those in the community who have an interest in supporting the development of St Seton’s.”

“If you would like to get involved please let us know. All are welcome and all contributions deeply appreciated,” said Ms Boylan.