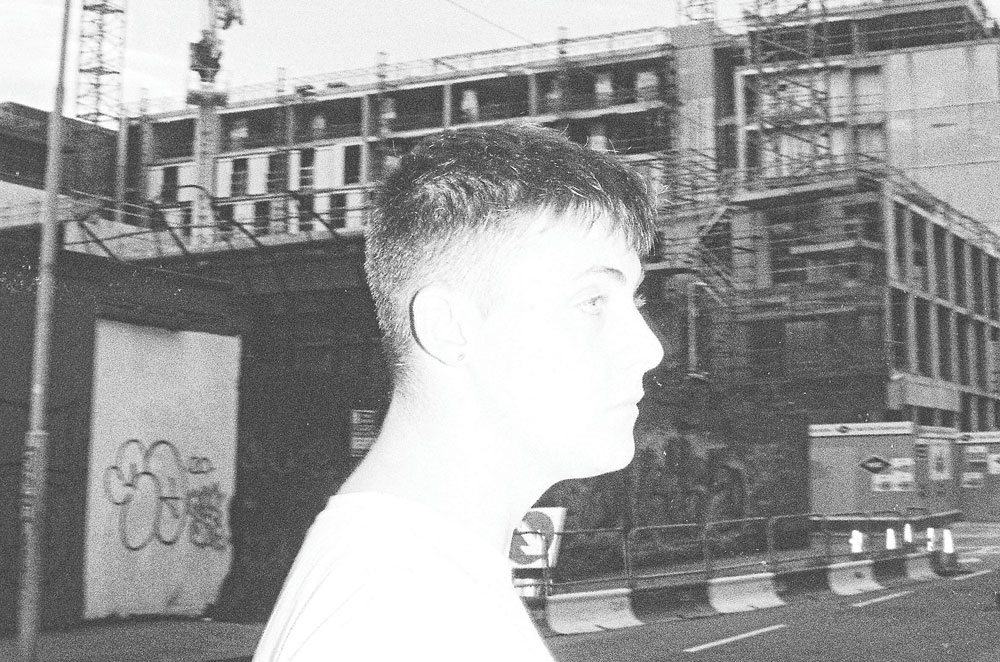 Ambient, lo-fi beats drive the music that producer Ryan Cullen, aka Marcus Woods, creates, and three years on from when he first started dabbling in making music, he’s now on the cusp of releasing his debut album.

The 20-year-old creative from Clondalkin started making music in his bedroom while still a student in Moyle Park College, and took inspiration from musicians like James Blake, Aphex Twin and Andy Stott.

His upcoming debut album, ‘Self-Portrait’, offers an unflinching look at mental struggle, which was born out of a period of high anxiety for the young musician, and this is expressed through enveloping soundscapes and delicate production.

Marcus took some time out to speak to The Echo about the development of ‘Self-Portrait’, how using a pseudonym aids his work, and how he feels about his album being put out on vinyl.

You started out as a lo-fi bedroom producer, crafting tracks at home with a pair of headphones and a laptop. What motivated you to start making music this way?

It wasn’t necessarily a motivation – I didn’t have the funds to build a proper home studio.

I started off with just a laptop and headphones, and it’s mostly the same now, just with more software being used than hardware.

I’ve gone into the studio quite frequently however, with some of the tracks on the album, like ‘BCBCF2’ and ‘Ctenophora’, being produced and recorded live.

There’s this illusion painted that producers work in these studios worth hundreds of thousands of euros, with all these crazy synths there. You can produce the exact same sounds and tracks at home, with minimal setup, if you’re creative and pushed enough.

Why did you decide to record music under the name Marcus Woods?

It prevented any insecurities or worries about releasing music under my own name early on.

I came up with the name at the end of 2017 when I started out, and didn’t feel comfortable using my own name.

I would look at it as a pseudonym and a canvas to draw on, rather than an actual character – I’m able to separate ‘Marcus Woods’ and myself, which I feel is important and keeps me grounded.

It added to the freedom of producing whatever I wanted early on, as I knew that not many people would know that it was me using that name.

Your debut album ‘Self-Portrait’ deals with anxiety and mental health. What caused you to focus on those themes during the making of the album?

A serious lack of sleep. When I started college in Maynooth I had been in everyday at lectures or with my mates, alongside heading back to Dublin for gigs and work, and a residency in Galway on top of that.

I was heavily productive but I burnt out very quickly. I lost a lot of faith in myself and suffered from really bad anxiety for a few months.

I ended up deleting 100s of finished and unfinished tracks from my laptop, and scrapping the first two drafts of the album. It sounded a lot fiercer and more intense back then.

I wanted to make something loud and jumpy, but after burning out I knew I couldn’t make an album like that.

Although I would never want to go through that again, it helped shape the album into the ambient record that it is. It served as therapy to produce it, being able to let these emotions out onto a track.

One of the album’s tracks, ‘Repose Tactics’, features a sample of the PlayStation 2 startup theme, before delving into some ambient, experimental beats.

What was the rationale behind including the PS2 sample in the song?

My friend Jake (Fomorian Vein) sent me the PS2 BIOS sounds a few months back. In the folder, there were the stems for the PS2 intro sound, so I was able to take apart the intro and use one of the individual stems.

I already had this track done with these restless drums and effects, but I struggled for a sound or melody on top. I didn’t want to add a simple ambient drone or synth, yet didn’t want to overdo it with a ton of sounds – so the stem from the PS2 intro fit in perfectly.

I processed it to the point that it’s unrecognisable, yet you would still be able to associate it with the PS2 intro sound.

How does it feel to know your album will be on vinyl?

Overwhelming, to be honest! Having streams to show on Spotify is great, but having the album on wax is a different level.

Having a physical copy of the album to have in the future is amazing. It’s even more amazing to see people pre-order the vinyl and show so much support.

Not many people will buy physicals these days, since we have all the music we need on our phones, so to see the mass support on the vinyl is incredible. The vinyl also comes with a colouring book featuring ten Irish artists who have drawn a piece in response to each track, so that’s a bonus that I’m super excited to share!

‘Self-Portrait’ is out on all streaming platforms this Friday, August 28, while pre-orders for the vinyl release will be accepted on Kickstarter HERE until September 5.