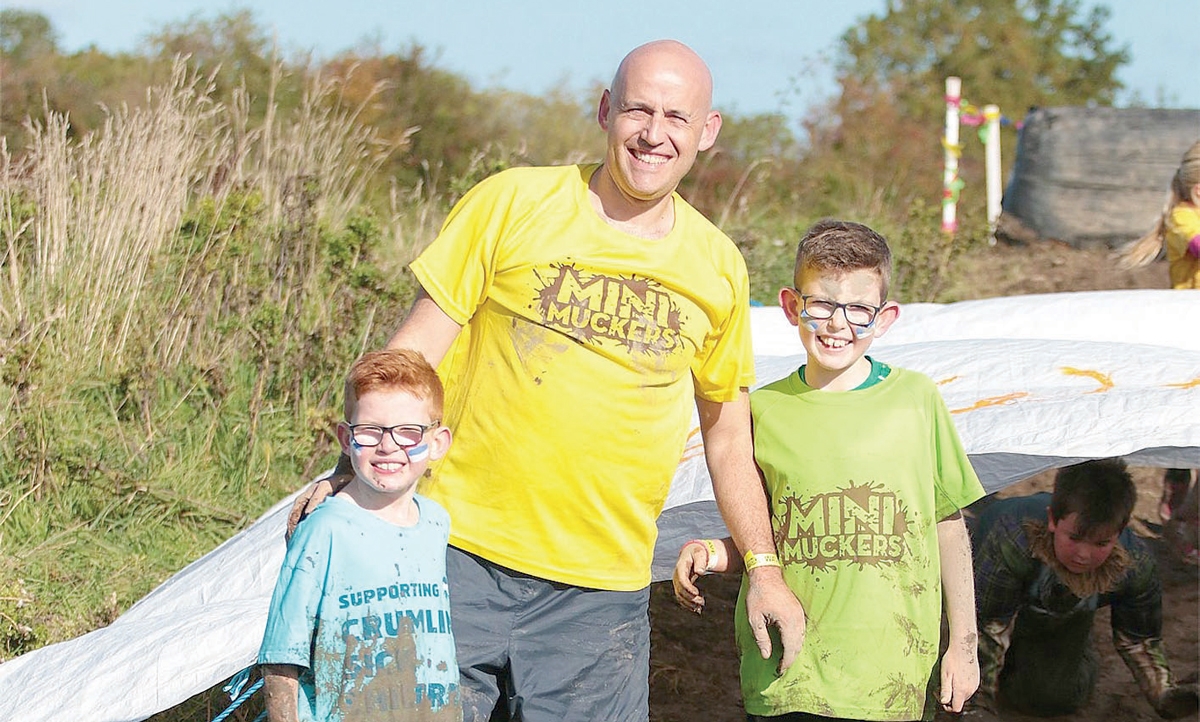 A SEVEN-year-old from Blessington has raised nearly €4,000 for Our Lady’s Children’s Hospital in Crumlin, where he has been a patient for the past six years.

Isaac Geoghegan was born with a rare illness, so rare that when he was born there was only one other boy in the country with the same condition – which causes an adrenal insufficiency.

Isaac with his dad Tristan and brother Jack

However, nothing can stop Isaac from taking on a challenge and last weekend he took on a “cool” obstacle course full of pools of water and sticky mud in an attempt to raise money for CMRF (Children’s Medical Research Foundation) Crumlin.

“I ran [Mini Muckers in Punchestown] with my brother Jack and my dad Tristan”, Isaac said.

“I did it last year too and it’s always so mucky.

“I love going through the water. But my shoe got stuck in muck and we had to dig it out.

“We all have lots of fun, and I’m happy to help others kids in Crumlin who are more sick than me.”

Isaac as a baby with his mam Margaret

“We were so shocked that Isaac’s fundraiser took off the way it did”, Margaret Geoghegan, Isaac’s mam, said.

“We started it at the beginning of September, just as everyone was going back to school and getting into their routine again…so, we thought they’d be busy and really hoped to reach the €300 mark.

“But we actually achieved that goal really quickly and we kept increasing the target and people just continued to donate.”

Margaret took part in the Mini-Marathon a few years ago for CMRF Crumlin and she said that Isaac was delighted to be able to do his own fundraiser for the hospital, which has provided support and care to the family over the years.

She added: “Isaac needs medication to replace what his adrenal glands normally make.

“You need your adrenal glands particularly if you’re stressed or sick.

“Isaac was only ever admitted into hospital once when he had rotavirus, so we’ve been lucky.

“We have appointments every three months, and they always make loads of time for us in Crumlin.”

She added: “If we have questions or concerns we know everybody in the hospital is there for us.

“Isaac has been ill before in the middle of the night and as a parent you stress and worry about whether you’re doing the right thing.

“We know we can call the hospital and have that support so it takes some of the fear away.

“When Isaac was born there was only one other little boy in Ireland with the same condition so it was scary.

“The unknown is scary.”

For further details on CMRF Crumlin and how you can donate or fundraise, visit www.cmrf.org.