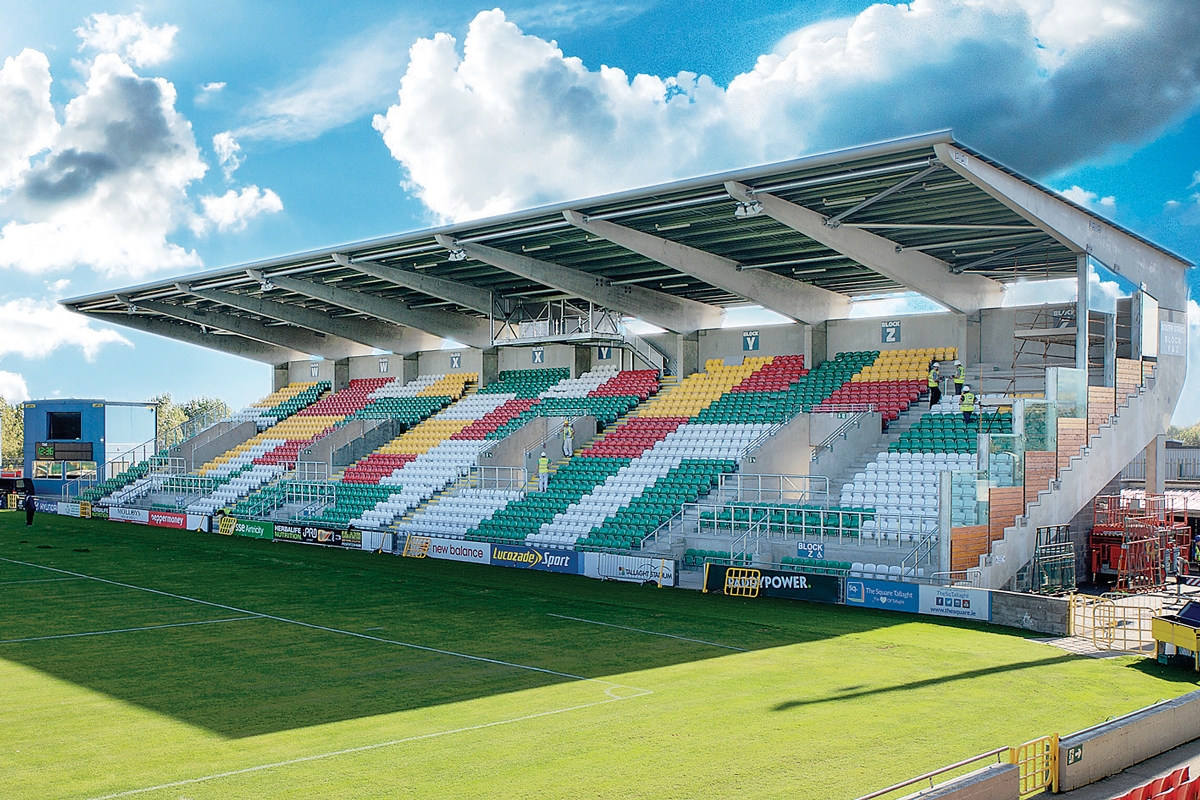 Third stand at stadium is starting to take shape

THE NEW third stand at Tallaght Stadium is taking shape ahead of its completion this month.

The stand will enable the stadium to have an increased capacity of over 2,000, which will see the home of Shamrock Rovers expand from its current capacity of 6,000 to ultimately house over 8,000 spectators.

The single-tier stand is currently being built by contractor ABM Design and Build Ltd along the southern end of the stadium.

Speaking to The Echo last March, Shamrock Rovers official Mark Lynch said: “It’s great to see the construction of the third stand, it shows that the council is fully committed to finishing off the stadium.

“It’s the best League of Ireland stadium in the country, and now it’s going to be even better.

“Aesthetically, having a third stand makes Tallaght Stadium a better place to watch a match, and it’s a positive thing on loads of levels.”

The project budget guideline for the construction of the third stand is within the region of €2m, and the council plans to further develop the capacity of the stadium by potentially constructing a fourth stand at the northern end of the stadium.

Architects visited the stadium last July to examine the options for building a fourth stand in the stadium.

A report in relation to the potential construction of a fourth stand has not yet been brought to the council’s elected representatives.